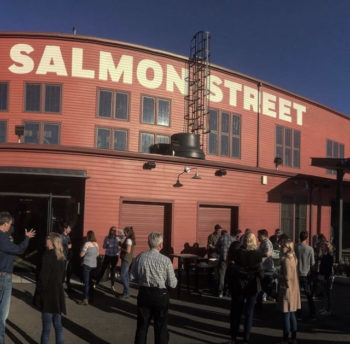 As the sun was setting over the evergreen trees and reflecting off the buildings in downtown Portland, the crowd gathered around the grill in front of the Redd on Salmon St. The smell of sizzling fat from the black cod collars was irresistible, as was the banter from the cooks. The grill just so happened to be manned by the fishermen who had caught the cod, the Bristol Bay salmon, and the Louisiana shrimp we were about to eat, and they were “cutting up” as we say in New Orleans.

The West Coast IPAs were already flowing, and the laughter was getting louder. Those who had gathered for the third Local Catch Seafood Summit were ready to unwind after a long, productive day of discussing the most pressing issues in the world of small-boat commercial fisheries.

Local Catch is a community-of-practice made up of fishermen, organizers, researchers, and consumers from across North America that are committed to providing local, healthful, low-impact, and economically sustainable seafood via community-supported fisheries (CSFs) and other direct marketing arrangements. It hosts its Seafood Summits about every three years. 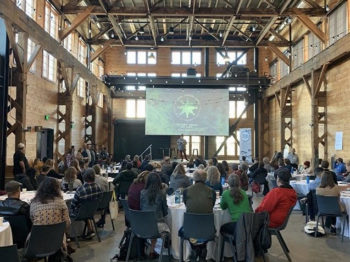 This year’s summit was held in an old foundry that Ecotrust has converted into a state-of-the-art event space. To kick it off, we heard from Willie Frank III of the Nisqually Tribal Council about the role of tribal fishermen in the civil rights movement. That sent a powerful message to participants that the Seafood Summit is about more than just running a business. For the rest of the day, we talked about whether it’s possible to scale a business up without losing your values, how to work with schools to get more sustainable seafood on the menu, and explored the results of blind taste tests of frozen fish. And that was just day one.

That much valuable information can overload the brain, so it’s important to spend some time building community and unwinding together. As I looked around my friends and colleagues, both familiar and brand new, I reflected on my time working with this unique community of people deeply connected to the ocean. I might even say that people drawn to Local Catch (and its sister organization Slow Fish) are more than a community. I think the work of these two organizations represents a full-blown movement.

If you spend any time around fishermen, you will immediately recognize that there is something different about the small boat commercial fishermen that attend gatherings like Local Catch. They are dedicated to quality. They tend to think about the long-term future of their craft. They’re constantly pushing to get greener and more efficient. And perhaps most importantly, they’re politically engaged in issues that extend beyond the hulls of their boats. 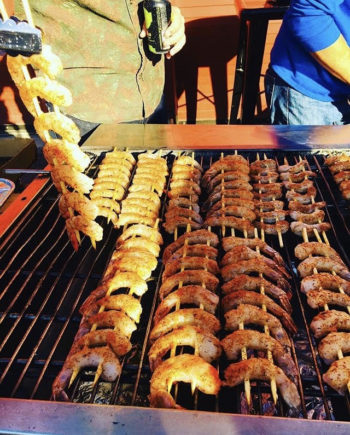 I met many of the participants in Local Catch in May 2018 when I attended Slow Fish in San Francisco. In the short time since then, this community has helped protect the Magnuson-Stevens Act from a partisan deregulation attempt and fended off attacks from a proposed mine that would decimate the aforementioned Bristol Bay salmon. Unlike larger commercial fishing groups, the Local Catch and Slow Fish crowd isn’t shy about calling out economic consolidation from limited access privilege programs or the threats posed by factory fish farms.

This first Local Catch Seafood Summit was held in 2012 in Portsmouth, NH, and has only grown since then. Now Slow Fish is getting ready to hold its third gathering in March 2020 just down the road in Dover, NH.

There has never been a more critical time for small boat commercial fishermen to gather and add their voices to national and international conversations. Climate change is threatening the future of fisheries. Increased rain events have wiped out the country’s largest oyster fishery, but Gulf oysters were already in trouble before the Mississippi finished off the job. Some of the country’s top minds are working on plans like the Green New Deal to solve the climate crisis and create millions of jobs in the process. But the authors of the plans seem to be concentrated in DC and have overlooked fisheries.

In the Gulf South, we have known for a long time that land-based activities contribute to water-based problems like the Dead Zone. That’s why I worked this year with a group of organizations to author a Green New Deal policy platform that’s specific to the Gulf South. We explicitly call for fishing communities to play a more prominent role in crafting the Green New Deal. But now we need to come together to make specific policy demands. We don’t know yet what a Green New Deal for fisheries would look like, but we need to know soon. The scientists say time is running out, and people are already making plans without us.

It can be easy to look at the scope of the problem and want to give up or focus on something else. But we cannot afford to silo ourselves off from climate policy. As Local Catch and Slow Fish have shown, the small boat fishing community has no such intention. This movement will be at the vanguard of fisheries policy. Join us at Slow Fish 2020 and be a part of the conversation.