Ensuring The Long Term Health and Productivity of Our Oceans 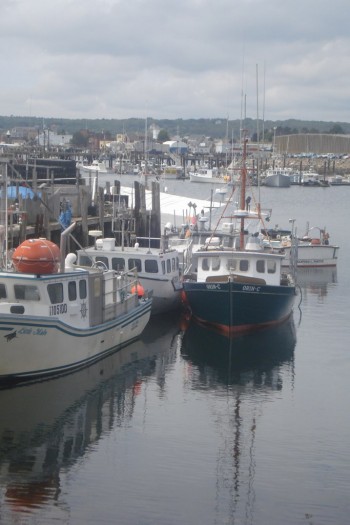 In response to well documented ocean fish population crashes in the late 1980s, the Marine Fish Conservation Network formed in 1993 to develop a legislative platform to change the focus of the Fishery Conservation and Management Act of 1976 from promoting fishing to conserving fish populations and their habitat and ensuring the long term health and productivity of our oceans.

We recruited a diverse membership that included regional commercial and recreational fishing groups, aquaria, and small coastal conservation organizations that supported meaningful and conservation-based federal fisheries policy. Harnessing the power of this diverse coalition, the Network led a four-year campaign that helped secure passage of the Sustainable Fisheries Act of 1996, which contained large portions of the our science and conservation-based fisheries management agenda.

Over the next eight years, the Network promoted increased funding for enacting the law and issued a series of reports evaluating its implementation by the regional fishery management councils and NOAA Fisheries. These reports found that fishery managers continued to allow overfishing, created ineffectual rebuilding plans for overfished stocks, failed to minimize bycatch (the catching and potentially killing of untargeted wildlife), and did little to protect essential fish habitat. Due to our consistent and strategic work, the Network and our allies successfully blocked early efforts by some members of Congress to roll back key provisions and helped the fishery management agencies retain and, in some instances, increase appropriations for NOAA Fisheries science and management programs. 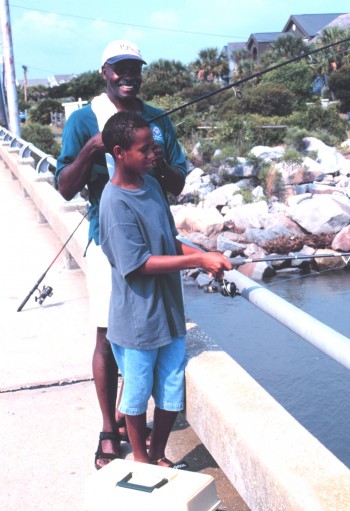 Father and Son Fishing From a Bridge

With the release of the Pew Oceans Commission report in 2003 and the U.S. Commission on Ocean Policy report in 2004, the Network pushed for the fishery management reforms that the commissions jointly recommended in the reauthorization of the renamed Magnuson-Stevens Fishery Conservation and Management Act. That effort culminated legislation passed by Congress in December 2006 which included key aspects and recommendations of the Network’s agenda, including science-based management of marine fish populations and standards designed to ensure equity and conservation in fishing programs that divide up catch allocations using a quota system.

In the years since the Magnuson-Stevens Act’s 2006 reauthorization, the Network has pressed for full implementation of the science and conservation mandates enshrined in the law, including science-based annual catch limits in fishery management plans designed to prevent overfishing and measures to hold fishery managers accountable to this mandate.

Management of our nation’s ocean resources has come a long way, but we still need to uphold and build upon the Magnuson-Stevens Act to ensure our fisheries flourish and support American livelihoods for generations to come. Today, the Network will defend against rollbacks to the Magnuson-Stevens Act during its current reauthorization and further strengthen the conservation and science-based foundation of our federal fisheries policy. Learn more about our legislative goals.

“The challenge, as always, is to hold on to the gains of the past, while adapting to meet the needs of the future.”
Ken Hinman, Former President, Wild Oceans