Learn more about red snapper and what you can do to oppose H.R. 3094.

H.R. 3094 is the latest attempt to disrupt a fisheries management process that puts science and stakeholders first. We should be striving to improve the solid procedural foundation established by the Magnuson-Stevens Act, rather than undermining it with piecemeal exemptions. 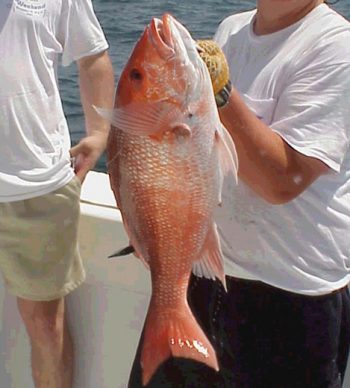 Congressman Graves claims to know how to run commercial fishing businesses better than the hard working fishermen and women that spend their lives at sea providing sustainable seafood to American consumers.  H.R. 3094 is just another example of government overreach – it is a controversial, reckless, and misguided policy that is being forced on fishermen against their will and consent. It will allow three state bureaucrats to eliminate the commercial red snapper fishery 10% at a time; yet the supporters of the bill keep repeating that their intent isn’t to harm commercial fishermen. Commercial fishermen from Alaska to Maine to the Gulf of Mexico aren’t fooled by this false sense of empathy.  H.R. 3094 is rotten and needs to go.

The red snapper fishery is successfully rebuilding because of the conservation and science mandates of the Magnuson-Stevens Act. H.R. 3094 would put at risk the full recovery of Gulf red snapper and the livelihoods of fishermen and small-businesses across the Gulf region and the country. Instead of rolling back 40 years of federal fishery management progress, we strongly recommend Congress focus on fixing and improving recreational red snapper management under the MSA. 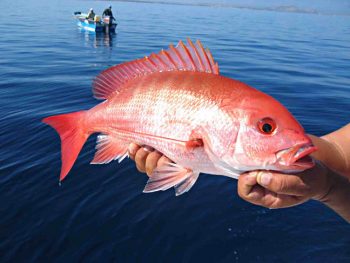 The Gulf of Mexico Fishery Management Council, which makes management decisions for the federal red snapper fishery, has representation from each Gulf State as well as commercial and recreational fishermen, and other stakeholders. There is no need for this bill. It will be bad for the fish.

H.R. 3094 jeopardizes the nation’s fisheries on a grand scale. The Magnuson-Stevens Act prioritizes resource health over the self-interest of any one user group. H.R. 3094 reverses these priorities and will bankrupt the resource to serve the political goals of a single user group.  In the end, the resource and everyone who enjoys or depends on it will lose.

It is an immature, unnecessary and bound-for-failure move for anyone frustrated with state or states’ fishing sector to try to claim federal fish as “theirs,” and then try to take this fish “home” to manage their own way. Magnuson-Stevens will work for you, if you help make it work. Let’s be adults here and re-affirm the Regional Council’s capacity to make fair and scientifically-based policy decisions.

Every species in every state will be threatened if H.R. 3094 is passed. In the northeast striped bass fishing outside the three-mile limit was already proposed in legislation earlier this year. States are subject to local political pressure and will act in their best interest, which does not necessarily align with the best interest of the fish. We need a strong MSA and National Marine Fisheries Service to continue to rebuild and safeguard our fisheries.

Learn more about red snapper and what you can do to oppose H.R. 3094.

About Voices of the Network

View all posts by Voices of the Network →