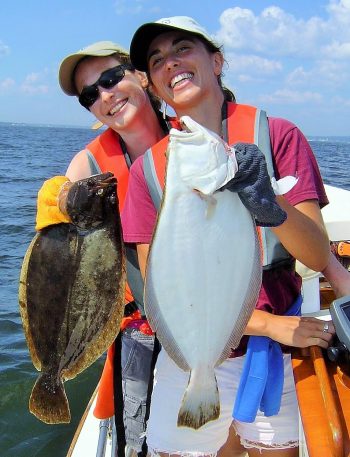 Allison Harper and Jennifer Monti with summer flounder they caught off Rhode Island due in part to a stock that rebuilt with a strong MSA and NOAA National Marine Fisheries Service.

It’s important that we stand up for the fish… if we don’t… there will be no fish to catch. That’s why when I hear political leaders talk about taking fish because “This is about states’ rights,” rather than saying, “It’s about the fish,” it sets off alarms for me.

I am not a fisheries manager, a political leader or a law of the sea expert; however, I am a recreational fisherman and charter captain who aims to do what I can to build our fisheries to abundance so there are ample fish for all.

Louisiana Congressman Garret Graves is the primary sponsor of H.R. 3094, which is a bill that would strip the National Marine Fisheries Service of its authority to manage red snapper in the Gulf of Mexico, and to turn that authority over to the five Gulf States.

This bill sets a bad precedent, and as history has proven, it will likely be bad for the fish. The Gulf States want to claim sections of the Gulf outside their three-mile limit and manage it for their interests. If this bill passes what is to stop other states from wanting to manage fish beyond their three-mile limit for parochial interests?

Such was the chase late last year with bill H.R. 3070, when congressman Lee Zeldin (R-NY) sponsored a bill to expand New York State waters so states could regulate striped bass fishing between Block Island, Rhode Island and Montauk, New York and all the waters north to the three-mile limit.

The interest of New York fishermen (particularly boats out of Montauk, NY) would have been served by this striped bass bill, however, what about the fish? No studies had been done to demonstrate the impact on striped bass. It would have changed the amount of pressure put on striped bass, possibly offsetting present data models and the delegate regulatory issues faced by managers already with recent striped bass catch limit reductions in both recreational and commercial fisheries. The bill did not move forward thanks to strong opposition from the fishing community, particularly in CT and RI. 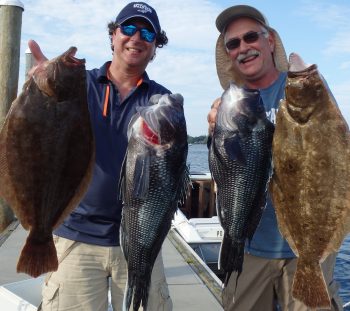 Steve Brustein of Portland, ME and Kevin Fetzer of East Greenwich, RI with some of the fluke and black sea bass they caught off Block Island thanks to the healthy bio mass of both species.

Without a strong Magnuson-Stevens Act and a strong National Marine Fisheries Service, states will take management into their own hands, and states have a tendency to act with self interest in mind. State environmental and fisheries agencies are under state government controls, which are often subject to political pressure. Political pressure from constituents that often do not have the best interest of the fish in mind, but rather, the interest of those that make money off the fish including the fishing and tourism industries.

Before we had a national fishing law, fish stocks were depleted by states (such as the history of cod many years ago in New England). A strong MSA and National Marine Fisheries Service has rebuilt many of the fish stocks we fish recreationally in the Northeast. As recreational fishermen, we enjoy fishing rebuilt stocks (and I am thankful for this) of scup, summer flounder, striped bass, bluefish and black sea bass to name a few.

I am for a strong NOAA National Marine Fisheries Service that has control of fishing outside the three-mile limit.

Congressman Graves I am sure strikes an emotional chord with constitutes by saying his red snapper bill “is about states’ rights.” And that is what scares me. Who will have the best interest of the fish in mind if this bill passes?

2 comments on “Stand Up for the Fish”