Did another large-scale fishery really just develop right under our noses?

Picking up from where I left off in my last post… I wanted to give readers a rundown on what happened during the Mid-Atlantic Fishery Management Council meeting earlier this month, or at least the “Unmanaged Forage” portion of it.

If you read my last post, this might be redundant. But for those that didn’t, the quick recap is that the Council initiated an action last December that would prohibit any new large-scale fishery from developing for those forage species that currently don’t fall under any federal management plan (e.g. sandeels, bay anchovies, silversides etc.), unless, of course, such a fishery could be proven “sustainable” in the broad scheme of things. 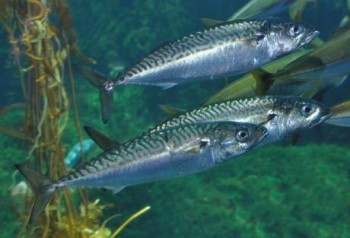 I have to point out again that we’re not just talking about “sustainable” in the traditional sense — meaning taking as many fish as you can while allowing the stock to continue to maintain itself at some fairly low level — we’re talking about sustainable in an “ecosystem” context. In other words, there needs to be enough around for predators – the kind of things you and I target, like tuna, striped bass, bluefish etc. Because every good angler knows… without the bait, there generally ain’t no fish.

The idea behind this action, which is a darn good one IMO, is to get out in front of the curve and protect the lower trophic levels of the food chain, before someone decides that they can make a butt-load of money off of scooping them up by the ton.

The Mid-Atlantic wasn’t the first Council to do this (the Pacific Council took similar action). But this is still some really forward-thinking progressive/ground-breaking stuff, and I’m stoked the Council is going down this road.

So where are we now? At the last meeting we received a review of the scoping comments. THANK YOU to those who turned out to the public hearings, as well as to those folks who submitted written comments.

The great majority said the same thing. We need to protect the bait now before it’s too late, before investments are made and “new” fisheries are developed without science, and before we have to hit the panic button and figure out how to manage them.

But, of course, there were those who weren’t too keen on the idea.

One industry representative accused the Council of initiating this action for the sole purpose of taking commercial fishermen off the water, which, frankly, is nonsense. I mean, come on man, we’re trying to protect the food-chain that supports those managed species commercial and recreational fishermen currently catch. One would think they might support us on this.

But I certainly didn’t get a sense that many commercial fishermen, at least the ones who commented, supported any of it. Several mentioned things such as the “lack of science available for effective analysis and implementation.” On that point, uhm, that’s kinda the whole idea… to protect critical bait species we don’t have much information on, at least until we do have the science that shows what we can take out while still leaving ecosystems intact.

Others were worried about “choke species,” or having to stop fishing because there may be an incidental catch of such unmanaged forage species. But the Pacific Council dealt with that through a “de minimis” exemption. What the Council needs to figure out really is just a way to tell if such catch is incidental or targeted. I don’t want to get too much in the weeds here, but those sorts of things will be worked out during the development of the Amendment with industry input.

Yet, aside from all of this, what was most noteworthy is that the small mesh net industry appears to be asking for full exemptions for species such as round herring, Spanish sardine, and “chub” mackerel, arguing that the intent of the current action was to “freeze the footprint,” and that they currently have documented catches. Which is fine I suppose, if they weren’t actually asking for unlimited catch of those species. With the appropriate documentation, we could just cap any existing fisheries and prevent them from expanding. Yet, a lot of us were quite shocked to see the extent of the catch, particularly with “chub” mackerel.

You might be thinking, “what the hell are chub mackerel?” If you fish offshore, you’ve probably come across them. They look kinda like your standard Atlantic mackerel, but generally a touch smaller, with bigger eyes and a somewhat different back pattern. I often see them popping out of the water from 30-fathoms out. When I do, I generally stop and put the lines in right there, because it’s a pretty good indication that there are big predators around.

Well, it turns out that in the last few years the small mesh net industry, particularly those boats based in New Jersey, really started targeting them… and catching them in a big way. I’m talking about millions and millions of pounds.

Why? Presumably because Atlantic mackerel — a species managed by the Mid-Atlantic Council — which was once a pretty large-scale fishery, are more or less gone. Yeah, some fish still pop up here and there, but I don’t think anyone argues they aren’t a shadow of what they used to be.

The commercial guys suggest (without any real evidence that I’m aware of) that they have just gone somewhere else, which is not unreasonable given their historically cyclical nature… but it’s been an awful long while, and there is no sign of their return. Others believe that fishermen just wiped them out. Which is also not an unreasonable assumption given the scale of that fishery when it was going full-on.

But getting back to “chubs,” industry went from catching almost none in 2008 to catching over 5-million pounds in 2013! Yes, this likely has something to do with availability, but that’s an extraordinary escalation in a very short amount of time. I think I speak for more than just myself when I say it caught “us” off guard. The scale is actually greater than some forage fisheries currently managed by the Councils. I mean, a 5 million pound harvest of a forage species, with no science or management in place? Seriously? It’s a little concerning. What we were trying to avoid with the development of this action appears to have actually happened, right under our noses! And hardly anyone knew about it until a few weeks ago.

There’s actually a pretty compelling case for emergency action, similar to what the Council is doing with blueline tilefish. One could certainly argue that chub mackerel should be a managed stock in the Squid/Butterfish/Mackerel fishery. The reported chub mackerel landings, and written and oral testimony from industry, make it clear that this is now a significant directed fishery, not bycatch or incidental. It is being caught and sold in large numbers. And it does indeed appear to be in need of conservation and management. I mean, such an extreme escalation on a forage species is basically the definition of an emergency situation. I think the Council would be entirely justified if it went that route. I’m not arguing here that it should, as doing so will likely come with its own set of issues, but I am saying that it could.

Earlier this month the Council did vote to move forward the development of an “Unmanaged Forage Omnibus Amendment.” Preventing expansion of current fisheries on unmanaged forage will presumably be part of that. So, I guess we’ll see about capping the chub mackerel fishery at some level during the development.

But the take home really is this: This is a damn important amendment right now. And anglers, particularly those that fish offshore, should be paying attention. The abrupt chub mackerel expansion/escalation shows us why. If they can sell it, they will absolutely harvest it, develop markets, etc. before managers can respond. And that could be disastrous for us and for entire ecosystems.

There were and still are those who don’t see the utility in an Unmanaged Forage Amendment, arguing that there’s no way a fishery can develop on such forage species and go unnoticed. Well, this one certainly did. And such an example shows us why there should be a sense of expediency here. The Council needs to move this amendment. Get it done… as quickly as possible.