Top photo: Francine Karp, CEO of Harbor Light Software, has been a pioneer in the development of electronic recording software for fisheries.

One of the biggest challenges we face as a fishing community is how to accurately estimate recreational catch and effort. It drives everything… allowable catch limits, harvest limits, allocations between sectors and today, even data on who fishes in wind farm areas and what do they catch. 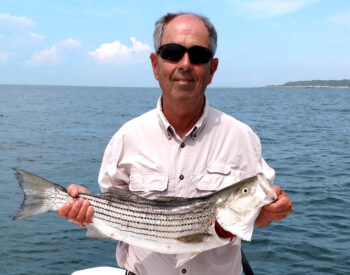 More robust data is needed to supplement what fish managers already have. With supplemental data, fish managers are better able to estimate catch and effort. It allows them to be more conservation focused, rebuilding fish stocks to abundance so there are more fish in the water for all of us to catch, release and/or eat. So there is a push to acquire more robust data, and citizen science is playing a big role in the effort.

For the past three months, it has been my privilege to help develop an electronic recording software application for the private recreational fishing community. Oh, there are a number of apps out there already, and some that have met with good success, particularly those that focus on a single purpose or species, like snook in Florida.

So, we have the software and hardware technology (smartphones and tablets) to provide fish managers with enhanced data to supplement data acquired from the Marine Recreational Information Program (MRIP), but the trick is what will get private anglers to use it and keep using it all season and the next season, too. In this case, fellow marketing-professional-turned-fisher, Fred DeFinis, and I utilized both qualitative and quantitative brand development strategies to help develop a software application for private angler use.

National Fish & Wildlife Foundation grant partners, including the Rhode Island Saltwater Anglers Association (RISAA), the Rhode Island Department of Environmental Management (DEM) and Harbor Light Software (HLS), launched an effort to develop an app that private anglers would use. DEM wanted to supplement data it gets from the MRIP particularly on length and disposition of fish discarded by anglers.

The purpose of the pilot project was not just to develop an app, but also to explore what would get anglers to use such an app: What positioning directions should be used to connect with anglers? What messages or reasons for using the app would resonate best with anglers? 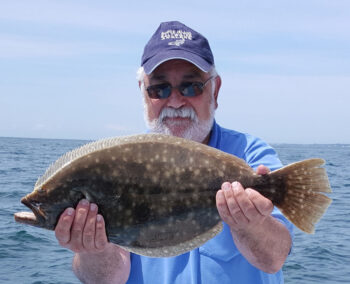 Steve Medeiros, president of the RI Saltwater Anglers Association, said, “Electronic recording may help us grow fisheries… so there are more fish in the water for us to catch, eat and/or release.”

To this end, pilot project partners and a RISAA volunteer team (known as the eREC committee) embarked on a research and discovery phase for the project prior to software app design and development. Research included an examination of existing apps identifying what has worked and what has not worked, and the facilitation of two focus groups with a total of twenty-four diverse anglers. Participants were diverse in age, sex, race, where they fish, and the type of fishing they do (shore, surf, kayak, boat, inshore, offshore, spear fishing, etc.). Key learnings from the focus groups were then used to develop a RISAA member survey that had a 20 percent response rate, a total of 223 angler responses.

I was happy to learn that the positioning direction that resonated best with anglers hwas one that focused on fish conservation. Anglers wanted to participate to be good stewards of the environment and provide fish managers with more robust data to make better fisheries management decisions. An app to help them catch more and bigger fish was not a top priority.

The positioning direction read, “As a participant in this citizen science pilot project you will be one of the angler pioneers in this nation exploring a better way to estimate angler catch and effort. Enhanced research provides more robust data. It allows us to make better fisheries management decisions so we can grow fish to abundance providing greater access for fishers and more fish in the water for all of us to catch, eat and/or release.”

In regard to app features, a focus group participant said a voice activated app was desirable, however, if it was not of good quality and did not work, it would frustrate anglers. A two-part app and a logbook of some type allowing anglers to sort catch by species, by month, etc. were top ranking app features. To prioritize features, it would be voice activation, a two-part app with optional input in part two, and some type of logbook. 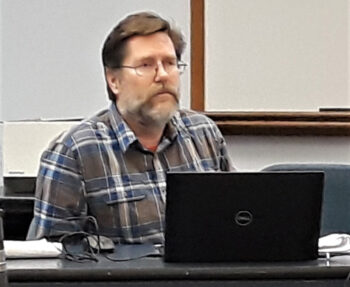 DeFinis went on to say that “A key research learning was the main motivation why anglers would use such an app and that was to help improve fishing for all and for the future by providing fish managers with more robust data to manage recreational fishing. So our marketing communications efforts to market the app will focus on better fisheries management and not catching the next fish.”

Anglers also related they wanted an app that enabled them to supply the desired catch and effort data quickly and simply in a way that does not interfere with fishing activities. Features the app should have to appeal to a range of anglers include environmental data, such as tide and weather, a photo capability, fish identification, and the ability to store GPS position with the option to share location with fish managers or keep it totally confidential so just the angler can see it when desired.

So the next steps for the eREC committee and partners is to develop an app prototype that delivers needed DEM data to compliment MRIP data while incorporating some of the app characteristics and features identified through research that anglers want.

RISAA and partners are also developing a marketing communications plan to promote the use of the app to early RISAA adopters. The aim is to have pre-Beta users from the eREC committee working with a prototype in April, followed by a Beta test group of 25 to 50 before the app launches to the full RISAA membership during the 2021 fishing season. The aim would be to launch an app to the angling public in general for the 2022 season.

The above approach mixing qualitative and quantitative research to develop the direction of an app, learn how it would resonate with anglers, what features to include and how to market it to anglers is the same approach Fred DeFinis and I have used to market client products and services in our former marketing/advertising agency careers. Here, when applied to the fish and fishers, it seems to have worked too. Time will tell; we will keep you posted on this pilot project as it continues to roll out.

Feel free to contact me with questions and comments at dmonitfish@verizon.net or 401.480.3444.