Commercial fishing in the U.S. provides sustainable seafood to consumers across the world. Our waters historically have provided fertile fishing grounds, and the U.S. has some of the most rigorously managed fisheries in the world, between individual states’ fishing policies, regional management councils, and the Magnuson-Stevens Fishery Conservation and Management Act. Commercial fishermen take pride in what we do and in being part of sustainable fisheries today and for future generations. Our core philosophy is that sustainable seafood and profitable fishing businesses depend on healthy fish populations.

Challenges in our Fisheries 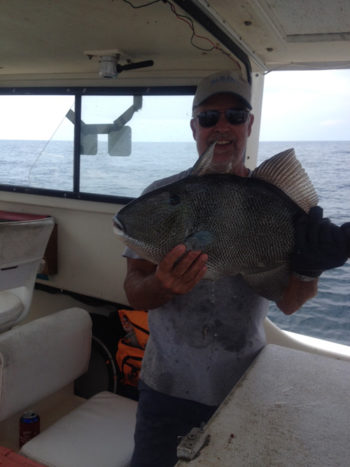 Commercial fishermen face many obstacles in our industry. While stocks are rebuilding, they have not yet reached historic levels, and some are taking longer to recover than anticipated. Costs of maintaining fishing businesses are high, between permits, boats, and fuel. For the next generation interested in getting into the industry, finding the capital to invest in the fishing business is challenging. It is a high-risk industry that often requires a large up-front investment, and the risky nature of the business and the current political climate make banks hesitant to grant loans to new commercial fishermen.

Competition with imports is a looming challenge, as countries with less rigorous fishery and aquaculture laws are able to out-produce American seafood businesses and drive prices down. It is estimated that up to 90% of the seafood consumed in the US is imported, and most consumers are unaware of the hazards some imported species present (unsustainable harvest methods, use of antibiotics in aquaculture).

The red snapper fishery in the Gulf of Mexico can act as a case study in the above challenges. Additionally, there are threats to our livelihood from proposed changes in federal and local legislation that seek to undermine commercial fishing businesses, remove red snapper from the seafood supply chain, and weaken conservation measures that have made red snapper – despite all these challenges – the success story it is today.

Once an abundant species in the Gulf, in the 1980s, it became obvious that there was a problem as population levels declined. What had been a 9-million-pound fishery in the 70s dropped to just 3.4 million pounds in 1990. Despite wild stocks being depleted, demand for red snapper in restaurants and grocery stores remained. Imports had to fill the vacuum left by inconsistent supply from domestic fishermen. In 1990, 29% of snapper in the U.S. market was imported, worth an average of $1.08 per pound. In 2006, the percentage had more than tripled to 89%, and the average per pound price increased to $1.96.

Dockside value per pound for domestic red snapper fluctuated in that same time period, never going above an annual average of $2.85 per pound and even decreased to as low as $2.00 per pound in 1997. Red snapper fishing was a “derby,” with a race to catch all the fish once season opened. This created an unsafe fishing environment. Fishermen would risk going out in bad weather conditions in order to catch what they could and make a living while the season was open. NOAA and the Gulf of Mexico Fishery Management Council began the arduous task of setting regulations that would lead to rebuilding the fishery, while also maintaining access for commercial fishermen that relied on red snapper for a living.

Collaboration, Innovation, and a Science-Based Solution

In 2007, fishermen, conservationists, scientists and managers came together to develop an individual fishing quota (IFQ) system for the red snapper fishery. This program used science to set a limit on how many red snapper could sustainably be harvested from the Gulf on an annual basis without impacting the future of the fishery; individual commercial fishermen were allocated the privilege of catching a share of the commercial red snapper fishery in exchange for adhering to strict reporting measures, enforcement programs and vessel monitoring systems (effectively GPS devices on their vessels).

They also agreed to stop fishing once they reached that sustainable limit, whether they caught their quota in one day or spread it out across the year. The IFQ system was truly a bottom-up approach to fishery management that placed conservation and science at the heart of the system.

The results have been staggering. Commercial quotas are set each year through the IFQ system. Commercial fishermen report their catch in almost real-time, eliminating overfishing in the commercial sector. We have not gone over our quota since the start of the program 2007. With careful management, red snapper populations have rebuilt to some of the highest levels in decades. There are more spawning-age fish, which helps contribute to a rebuilding population. In 2015, NOAA determined that the stock was no longer being overfished. The IFQ created a safer environment for commercial fishermen, allowing us to fish any time of the year when weather conditions are favorable.

Year-round access has also stabilized the market. In the previous derby system, the market would go through periods of drought and famine when it came to red snapper supply. Dockside prices reflected the influx of product in high volume times, and imports had to fill the gaps when product was scarce. Now, there is year-round access to high quality fish. While imports are still a dominant part of the market, prices for domestic red snapper have increased (in 2015, dock-side value averaged at $4.09 per pound). And since 2007, quota, and subsequently landings, have increased from 3.1 million pounds worth $9.7 million to 6.5 million pounds worth $26.5 million in 2016.

Red snapper remains a valuable fish, and prices of both shares and product in the market have been relatively stable. None of these scenarios would have been possible if fishermen hadn’t understood and supported the value of science-based conservation.

Critics of Success and Congressional Threats 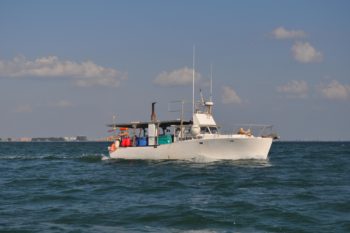 The IFQ program has not come without criticism. Special interest recreational fishing groups see the IFQ program as a threat to the public’s access to red snapper and other reef fish, even though the primary access point for the American public to red snapper is through restaurants and grocery stores (70% of seafood in the U.S. is consumed at a restaurant).

Proposed bills at the federal levels seek to undermine the success of the IFQ system and take away quota from commercial fishermen. Should these bills pass, they will limit the tools and systems that have thus far been responsible for a healthier red snapper stock.

Additionally, these bills contain no measurable benefit to private anglers. The “Modern Fish Act” (S. 1520) would create a two-year moratorium on IFQ systems, even though they have proven to be successful management tools for commercial fisheries across the nation and would tie the hands of the Gulf Council in continuous burdensome reallocation discussions. The RED SNAPPER Act could reduce commercial access to red snapper. HR 200 could make it easier for the recreational sector to overfish through creating exceptions to annual catch limits. Ultimately, these bills will make it harder for the American consumer to access sustainable red snapper, and could potentially undermine the successful track record of Magnuson-Stevens at rebuilding fish stocks.

The Key Lies in Collaboration

Recognizing threats from certain recreational fishing groups and elected officials, reef fish fishermen in the Gulf, and commercial fishermen across the country, have come together to protect the resources on which our livelihoods rely. Industry groups, such as the Gulf of Mexico Reef Fish Shareholders’ Alliance in the Gulf, provide fishermen with a unified voice. Coalitions such as the Marine Fish Conservation Network, Fishing Communities Coalition, and Seafood Harvesters of America provide forums for fishermen across the country to come together and be advocates for one another. To protect the commercial red snapper fishery, we must work together to protect all commercial fisheries’ and Americans’ access to our responsibly harvested seafood. Collaboration between conservation-focused industry groups is vital to protect fish and fishermen.

Often, commercial fishermen are perceived to be a group of people focused on taking as many fish as possible as quickly as possible. This simply isn’t the case. We are business owners, we are problem solvers, but at heart, we are conservationists. Even though we depend on the ocean for our livelihood, we also want to ensure there are plenty of fish for future generations of fishermen. We didn’t help rebuild red snapper just so our children would have to rebuild them again. We advocate for better science, better data, and better management that ensures access for all Americans, but most importantly, healthy oceans and healthy fish stocks.

Mark Tryon is a commercial fisherman from Gulf Breeze, FL.
View all posts by Mark Tryon →