After years of coordination with stakeholders the final products are out, but what does it mean for us? 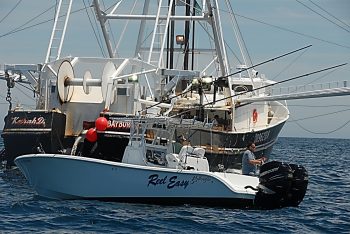 This may not sound like a big deal, but it is. Because really, it’s the first comprehensive effort to provide a holistic, regional look at our oceans — ecosystems, marine industries, energy development, recreation and commercial fishery, etc. — and how everything needs to fit together.

The intent, as I understand it, is not to have another gratuitous level of management — pretty sure no one wants that — but to provide comprehensive information to managers through science and stakeholder input, while enhancing coordination amongst agencies, so the right decisions can be made as ocean use continues to expand.

Yes, I know this sort of thing sounds wonky, and probably not the hot button issue I usually try and cover here, but in my mind, it is way important.

Because if you fish offshore at all, or just follow saltwater fishing, you’ve probably heard about all the development proposals, etc. that are likely to affect how, where and when we fish. I’m talking about industrial scale wind-power, natural gas platforms, oil exploration/seismic testing, sand mining, dredging, cable laying, aquaculture siting, and a bunch of other stuff.

For someone like me who makes a living from the sea, it’s scary how quickly things are happening with what I use to consider “our” ocean. In the next couple of decades, we’ll likely see ocean use expand at a rate that almost hard to fathom right now. 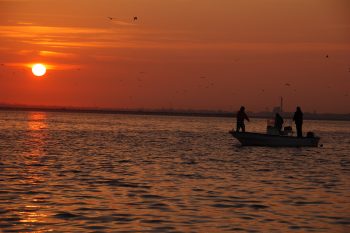 This is not hyperbole, this is fact. The ocean is the next frontier for energy development. The shipping industry is increasing in both quantity and size. The dimensions of ships being built right now are crazy! Channels need to be deepened/dredged. And sand mining to replenish relentlessly receding beachlines is only increasing as water levels rise and the intensity of storms gets worse. And believe it or not, there’s a proposal flying around right now that could allow a portion of federal water off of eastern Long Island to be taken up by a striped bass farm. Seriously!

These are just a few things off the top of my head. There’s likely a lot more of that kinda thing in the near future, which could and likely will change the face of the ocean as we currently see it. If we don’t thoroughly plan for this kind of thing, people like you and I will more than likely get screwed out of traditional, productive fishing grounds.

So what do the two regional plans, the Northeast Ocean Plan and the Mid-Atlantic Regional Ocean Action Plan, do to address this?

Perhaps most important, the plans provide for a central place to access ocean information. Through the Northeast and Mid-Atlantic Data Portals we can see what happens where, where the critical fishing grounds are, and where the likely critical habitat is.

These mapping sites include a massive amount of useful information, including data on “150 species of marine mammals, seabirds, and fish, and a wide range of information on human activities including fishing, recreation, shipping, and renewable energy.” You can click the layers open and see immediately what’s happening in an area that’s being proposed for, say, a liquid natural gas island.

These are powerful and useful tools for stakeholders and ocean decisions makers, who now have an easy place in each region to access data and determine when and where certain ocean activities like energy development are appropriate, and when they aren’t, and who may be affected.

One of the most important aspects of the plans is that they have initiated the process of identifying ecologically significant areas. These are simply those biologically productive areas, perhaps critical to functioning ecosystems, which obviously deserve special attention.

Identifying and documenting such areas is an incredibly important first step if we want them to remain intact. Once again, I’ve got to make it clear that there is no intent here to make such ecologically significant areas off limits to fishing. They would serve to simply inform decision makers on where they occur.

The plans also support interagency coordination. Something that up to now was surprisingly lacking. A patchwork of state and federal agencies currently govern ocean use, often with different goals and mandates, and often with little if any coordination. Both plans lay out best practices for coordination for efficient and responsive government, insuring that agencies use the data to inform planning and environmental review of new activities.

So what does all this mean for us? It means that fishing businesses like mine, or simply fishing in general, are better protected from the likely onslaught of ocean uses in the coming years. It means fishermen like us have a way of providing input into the system. At the very least, our interests will be considered when there’s a proposal that will likely affect us.

And that, my friends, is actually a really big deal if we want to keep fishing into the future.

In short, these plans are important for all of us who utilize ocean resources. They include steps that will help protect the places we fish — not only for us, but also for our kids. And it is a fresh start to improve coordination among the agencies and to ensure those of us on-the-water have a say.

Now we just need to make sure they don’t sit on a shelf and that we start seeing them implemented.