The recent Science paper on the impacts of rapidly increasing ocean temperatures on cod’s reduced productivity and its long-term rebuilding potential in New England was sobering. It confirmed both the theoretical predictions associated with climate change and the recent scientific federal, state, and Canadian trawl surveys that caught incredibly few cod.

To be clear, the Science authors do not conclude that ocean temperature changes associated with climate change have caused the collapse of cod. We have management-approved overfishing of cod to thank for that. 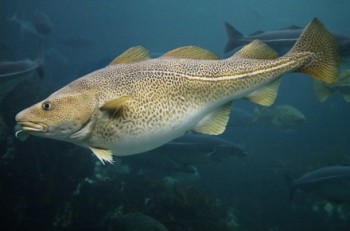 What rising ocean temperatures do seem to be doing, according to the Science paper, is dramatically changing the productivity of the remaining cod stocks. This makes it more difficult for cod to recover from overfishing than the historical norm, and perhaps even reduces the ultimate recovery potential, even if all fishing were halted. Stock assessments that don’t take these productivity reductions into full account will dramatically overestimate cod populations and, in turn, fishing quotas.

While the Science paper is potentially very important with major implications for fishing limits on cod for decades to come, stock assessment scientists have warned for years that their recent models for cod were likely overestimating the amount of cod actually in the water, and the corresponding fishing pressure the stock could withstand. Unfortunately, those warnings fell on deaf ears at the New England Fishery Management Council.

In fact, the managers at the council, dominated by fishermen and state fisheries directors with short-term economic agendas, could hardly have done more than they already have to heighten the jeopardy for Atlantic cod’s future—climate change or not.

A Weakened Gene Pool and Loss of BOFFFs

Chronic overfishing has likely produced what geneticists call a “population bottleneck,” meaning that the diversity of the remaining cod gene pool has been so greatly reduced that the fish that are left are less resilient to environmental stresses like increasing sea temperatures.

That same overfishing has also caused the collapse of the age structure of the cod populations by removing almost all of the larger, more reproductive females (also known as the Big, Old, Fat, Fecund Females). Scientists have previously warned that the removal of BOFFFs is a problem for cod productivity, but this new research suggests that the potential damage from the elimination of these older spawners may be significantly greater than imagined as a result of climate-change-related ecological conditions.

The Science paper hypothesizes that one of the underlying factors of the productivity decline of cod over the past decade was the correlation between extremely warm spikes in ocean temperatures during the late summer and the decline of zooplankton species that are critical to the survival of larval cod. Fewer zooplankton, fewer cod larvae make it to their first birthday.

The impacts of zooplankton decline on cod productivity, however, could be exacerbated by the elimination of the BOFFFs from the population. Here’s why:

As long ago as the 2008 cod assessment, most of the cod caught in trawl surveys were four-year-old or younger fish. Cod only start to spawn at three to four years old, and these young females produce significantly fewer and weaker eggs and larvae; those eggs are also released over a short period of time.

Older female fish, on the other hand, produce larger, more viable eggs, and sometimes even exponentially more of those eggs, over longer periods of time. It is important to consider just how few of the old females remain in the water. Had there been more BOFFFs, they might have produced larvae more capable of surviving variations in zooplankton abundance.

Perhaps the continued presence of larger, older, spawning females to the south of New England (where there isn’t a commercial cod fishery) is one of the reasons that the cod fishery in the nearby warm waters off New Jersey is healthier now than it has been in recent history.

The Cod Aren’t Completely Cooked Yet

Cod have been in trouble since the 1990s, and now climate change has magnified these troubles. This new reality, however, is not cause for the managers to throw in the towel. There are actions that they can take now that will make a difference.

First, large cod habitat areas have to be permanently closed to fishing in the Gulf of Maine, and even larger closed areas are likely necessary on Georges Bank to rebuild those offshore populations of cod; this is the only management action that can protect the large females and increase their representation in cod populations.

Designating cod refuges such as the Cashes Ledge Closed Area as a marine national monument removes the temptation for fishery councils – always under pressure to provide access to fish – to reopen them in the future. Such monuments would also create a critical marine laboratory where more of these complex interactions between cod and our changing ocean environment can be studied and understood.

Second, managers need to gain a better understanding of the cod populations south of Cape Cod. While it is well and good to land “monster” female cod on recreational boat trips, those fish may be the key to future populations that could re-populate Georges Bank. Caution, rather than a free-for-all, is the best course of action until the patterns of cod’s movement, as related to ocean temperature increases, are better understood.

Further, as observed in the Science paper, the stock assessment models as well as the scientific advice from the Council’s Science and Statistical Committee must start incorporating more ecosystem variables and reflecting a more appropriate level of scientific precaution in the face of the reality of climate change shifts. Enough talk about scientific uncertainty and ecosystem-based fisheries management; action is needed, and science should have the lead in guiding that action.

Finally, the importance of funding data collection and fishery science is evident from this important Science paper, which was supported by private, philanthropic dollars. The Northeast Fisheries Science Center should be undertaking this sort of work – but it is not even in a position to provide adequate and timely stock assessments because they are using outdated models due to limited funding.

NOAA’s funding limitations are constraining both collection of the essential field data needed to understand our changing world as well as the analysis of that data into meaningful and appropriate management advice. If Congress can find $33 million to give fishermen for the most recent “groundfish disaster,” it ought to be able to find money to prevent such avoidable disasters in the future.

Ultimately, the Science paper shines some much-needed light on our climate-change-related fishery issues in New England, but we can’t let it overshadow decades of mismanagement or justify a fatalistic attitude toward cod rebuilding. There are steps that must be taken, and fishery managers are still on the hook for the success or failure of our current and future cod stocks.

Peter Shelley is Senior Counsel of Conservation Law Foundation, where he has worked for 33 years on a variety of CLF’s prominent marine and other conservation matters. He has served on NOAA’s Marine Fisheries Advisory Committee since 2014.
View all posts by Peter Shelley →