There is a small but perhaps growing contingent of folks who believe that the fate of the West Coast’s salmon fisheries lies entirely in hatcheries.

It’s a logical line to follow: Salmon naturally spawn in freshwater streams located deep in watersheds. But those streams are running dry because of drought, diversions and dams. 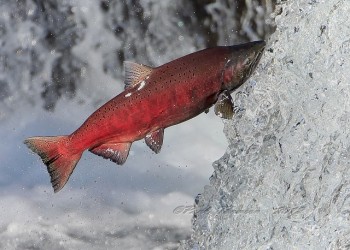 Hatcheries, on the other hand, provide a safe haven for baby salmon to hatch and rear. The increasing use of trucking and advances in net pen release techniques, which allow trucked juveniles to acclimate to the waters in which they’re released, are making hatchery-spawned fish much more likely to survive to harvest.

The thinking goes that it would be possible to produce salmon largely without the need for the natural streams. Those streams are the battlegrounds for California and the West’s constant back and forth over water allocation. Eliminating the need for natural waterways eliminates the expensive, contentious battle over them. And maybe then those resources get redirected to increasing hatchery production.

This is dangerous thinking.

Take 2013, the last bumper crop of salmon in California. West Coast fishermen landed almost 300,000 Chinook salmon that year (reference page 133). Because Chinook take three years to mature to harvestable size, we were landing fish born back in the 2010-2011 water year, which runs from July 1 to June 31. In that water year, the weather station at Redding (near the site of Shasta Dam, the stopping point for commercially harvestable salmon runs on the Sacramento River) recorded that rainfall was 102% of normal. More rainfall means more water in streams. 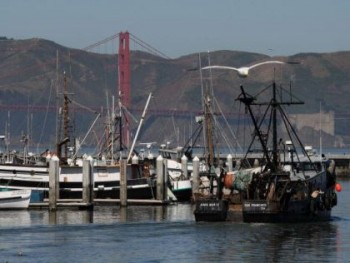 And you guessed it: Hatchery production remained more or less the same in 2011 as in 2010.

The same went for other strong seasons for the salmon fishery, like 2001 and 2002, or back further to the banner year of 1988. Each of those great seasons was marked by big natural fish contributions resulting from heavy rain and snow a few years prior.

Hatcheries are constrained by funding, staffing and sometimes disease issues that evade management. When hatchery production dips for a season because of disease, lack of brood stock or some other uncontrollable variable, we feel it in the ocean fishery a few years later.

Nature, on the other hand, has refined her method of salmon production over millennia. And while it can be unpredictable, we know that it works when it’s given the opportunity to do so.

Just as we have hatcheries to promote artificial production, there are tools to promote natural production. Laws are in place to protect Chinook salmon and its habitat, and to increase the quality and quantity of the water that is the same for fish as air is to people. If the powers that be abided those laws, there would be more salmon in the ocean to catch year in and year out. We wish we didn’t have to go to court to enforce those laws, but unfortunately, from time to time, they need to be enforced. And fishermen have a right to use that enforcement tool to improve their fisheries.

Another consideration if we were to rely entirely on hatcheries for our fishery is the issue of marking fish. In the North, hatcheries mark all of their hatchlings with fin clips; in California, the hatcheries mark only 25% of the fish they produce. Marking all of those fish costs a lot more money that would likely be taken from existing hatchery budgets, resulting in a drop in hatchery fish production. Pretty soon we’d be allowed to keep only marked fish, regardless of the abundance of their naturally spawned counterparts. What happens when we’re fishing above Point Reyes and we catch Eel River, Mattole River, Smith River or even Columbia River salmon that aren’t fin clipped? Got to throw them all back. Those who suggest we can survive on hatchery fish alone may not have thought through this likelihood, which would prove incredibly onerous for the already-pressured small boat fleet.