Early this month the House of Representatives, pretty much on straight party lines, voted out H.R. 1335, the Strengthening Fishing Communities and Increasing Flexibility in Fisheries Management Act.

First, let me start by saying that most of the recommended tweaks to federal fishery management law in this piece of legislation are just bad for anglers. I’m not talking about the industry here, I’m talking about your rank-and-file Joe-fisherman, who depends on having lots of fish in the water to catch. 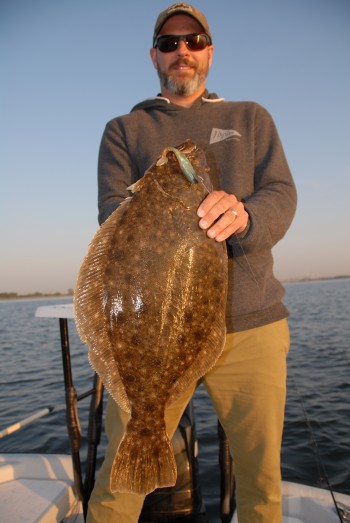 Unlike most of the editors/industry reps/desk-jockeys pushing out editorials on this, having run a charter fishing business for the last 15 years and having had a seat on a Federal Fishery Management Council for the last seven, seeing how things work on the water and at the table, I think I’m qualified to say this.

It’s pretty clear at this point that the supporters of this legislation, by and large, tend to be those folks tied inextricably to an industry that benefits monetarily (in the short term anyway) from killing more fish, whether commercially or recreationally.

Second, let me say that I’m not terribly concerned at this point. This is a House bill and just another example of the sort of grandstanding and pandering to special interests that we’ve seen from the House over the last decade. People who actually understand how things work on the Hill don’t believe it will have any traction in the Senate. Even the most right-leaning Senators have shown little support for the bill and have stated on the record that a more bipartisan (read “more reasonable”) bill will be needed to truly address the concerns people have with federal fisheries law. And, the Executive Branch has been pretty clear that if anything resembling H.R. 1335 ever made it to the President, it would be promptly vetoed.

Still, supporters of this legislation are wildly claiming victory. Not sure if they just don’t get it, or it’s some sort of pandering. Who knows… Who cares?

But I want to get into a few specifics here so people can really understand what this legislation means, because the editorials written almost entirely by industry reps, or editors indulging short-sighted advertisers, haven’t painted an accurate picture.

So, let’s start with Section 4 of H.R. 1335: “FLEXIBILITY IN REBUILDING FISH STOCKS.” I’m gonna try not to harp on the term “flexibility” too much, because I’ve done plenty of that here and elsewhere. But the bottom line is that the law already permits considerable flexibility when it is biologically necessary. Any more flexibility than what we have now simply invites overfishing.

History has been very clear on this point. When managers had such flexibility, they abused it. And up until there was a clear mandate to rebuild with timelines attached to it, along with accountability measures to insure rebuilding was actually happening, there was rampant overfishing.

With respect to rebuilding, Section 4 starts with striking the term “possible” and inserting “practicable.” The intent here is pretty clear to me. We don’t have to rebuild if it isn’t “practicable.” Practicable is one of those words widely misused. Once you put it in there, fishery managers can develop a wide range of excuses to avoid rebuilding.

Then there is a list of “exceptions” to rebuilding fish stocks. The only rational one is the first, and it isn’t even necessary, as it’s included in the current law: “the biology of the stock of fish, other environmental conditions, or management measures under an international agreement in which the United States participates dictate otherwise.”

The second exception is “when the cause of depletion is outside the jurisdiction of the Council.” 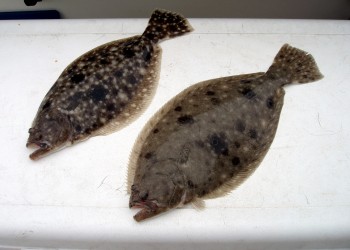 There are certainly a lot of things contributing to fisheries decline that Councils can say are out of their jurisdiction. Like, I dunno, everything? Climate change, loss of habitat, coastal development, runoff, pollution, failure of the states to properly manage their resources… I mean, literally you could point to anything and everything as an excuse to avoid rebuilding. And given the political pressure to allow continued overfishing, I have no doubt Councils would do just that under H.R. 1335.

Of course I’m not saying that such non-fishing factors don’t adversely affect fish stocks. They do. But it’s pretty clear that fishing has been a large contributing factor, if not the primary factor, in the decline of just about every overfished stock. When non-fishing factors contribute to declines, it is even more important to end overfishing and rebuild stocks, as fully rebuilt stocks are more resilient when environmental conditions change.

H.R. 1335’s proponents will argue that fishermen shouldn’t be “penalized” for impacts on the stock that are not their fault, but I’ve never bought into the whole “it’s-not-our-fault-so-we-should-be-able-to-kill-them-all” argument. If managers aren’t required to avoid overfishing, which is the only thing they can really control, stocks will never rebuild.

The third exception would slow rebuilding if the overfished species is part of a “mixed-stock fishery.” So, if one of the species in a stock complex is depleted, fishermen could still target all the others, even if that fishing might do real harm to the depleted stock. In other words, under this provision we could wipe out cod so fishermen could continue to catch haddock.

The fourth exception would slow rebuilding if there is an informal transboundary agreement under which activities outside of the U.S. exclusive economic zone hinder rebuilding. Well, formal international agreements are already covered in the current version of the Magnuson-Stevens Act. But just what is an “informal transboundary agreement”? Can’t help but think it’s yet another excuse/loophole to continue overfishing a stock that’s already in bad shape.

The fifth exception is if the stock has been affected by unusual events. That’s broad enough to take in just about everything. Just more of the “it’s not really our fault so we should be able to continue to beat up on a stock that is already in bad shape.”

Moving on, current law gives managers no more than two years to develop and implement plans to end overfishing. H.R. 1335 would allow managers to phase-in the rebuilding plan over an additional three-year period to lessen potential economic impacts. So, managers could permit overfishing to continue for up to five years, maybe even longer if coupled with some of the bill’s other provisions. Five-plus years of willful overfishing? Seriously?

H.R. 1335 would also replace the current 10-year rebuilding timeframe with a rule that rebuilding “may not exceed the time the stock would be rebuilt without fishing occurring plus one mean generation.” That’s actually pretty close to the standard already used for longer-lived/slow growing species (the biological exception I referenced above). But figuring out the relevant time periods for data-poor stocks may be practically impossible. This could create more opportunities to stall stock recovery, while we wait for better science.

The bill also suggests allowing Councils to stop a rebuilding plan if it can be determined that a fishery is not depleted. Sounds reasonable, but here’s the thing. A stock can make it out of “depleted” (or, in current law, “overfished”) status, but still not be “rebuilt.” Most stocks are no longer considered “overfished” once they exceed just 50% of the rebuilding target. So… even when a stock is a very long way from being “recovered,” the entire rebuilding plan can be tossed out two years after the plan went into effect or after a new stock assessment is completed. Under such a provision, a stock would never need to be fully rebuilt.

So what this really means is we’d be managing for max harvest instead of managing for the kind of abundance that anglers quite simply need to be successful. I mean really, we’d be forced to settle for the proverbial “half a loaf”… forever!

The bill then goes on to suggest replacing “overfished” with “depleted” throughout the law. It would require a distinction between fisheries that are depleted as a result of fishing and fisheries that are depleted because of non-fishing factors. But are things ever that clear-cut? Such a provision merely lends credence to the argument that when fishing isn’t the sole cause of a stock’s decline, fishermen shouldn’t have harvest reductions imposed. That might strike fishermen as “fair,” but it’s just not gonna do anything to rebuild stocks or maintain them at any sustainable level.

H.R. 1335 would also ditch the National Environmental Policy Act (NEPA) with respect to fishery management decisions. NEPA requires the development of alternatives and broad, impartial environmental review of the impacts of any management actions. Yes, it is a time consuming yet very comprehensive way of doing things. It gives us a thorough analysis, ample opportunity for public comment, and offers a wide perspective to potential management actions. I understand why some may want to streamline the process, but at what cost? Personally I think NEPA is a critical part of the management decision process.

There are a few other concerns, but those are the big ones.

So, having read some of the editorials in the local fishing rag just this morning, supporters of H.R. 1335 seem to be suggesting that the bill is all about addressing lost angling opportunity and providing reasonable access. But that perspective seems to stem from a general misunderstanding of the history of fishery management.

The irony here is that we would actually lose angling opportunity and reasonable access if we institutionalize loopholes and excuses not to rebuild or maintain stocks at a high levels… We’ve gone this route before. It did and WILL result in less fish in the water!

As anglers and small business owners it should be pretty darn clear to us that fewer fish in the water results in less opportunity. Without a doubt, my charter business depends on the sort of opportunity that comes from abundant, healthy fish stocks!

I, for one, am willing to deal with tight, albeit what I consider to be reasonable regulations, if it results in a greater opportunity to catch more fish, and even catch a big fish every now and then. And I think most anglers feel the same way. Unfortunately there aren’t many speaking on our behalf.

The point is that “reasonable access” comes with abundance, and the current law as written, with its precautionary approach to managing fish stocks, works to give us such abundance.

Yes, I understand the perspective that tighter regulations result in some loss of angling opportunity, but really, where the real loss occurs is with depleted fish stocks, and I’m pretty sure that’s where we’d end up if something like H.R. 1335 ever became law.

2 comments on ““Reasonable Access” to Fisheries? What H.R. 1335 Really Means”