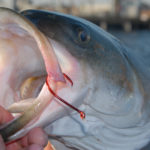 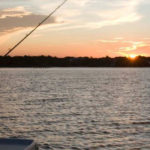 Florida has had a reputation for being the “Fishing Capital of the World,” and with good reason. Its sunshine, shorelines and sportfishing opportunities attract anglers from around the world. There are few other places in the world where in one visit an angler can target species as diverse as billfish, bass, snapper and mahi, as […] 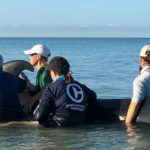 Top photo: pilot whale with a rescue team from the Clearwater Marine Aquarium, FL. The ocean means a lot to a lot of people. Here’s why it means so much to me and how climate change and its impact on fish and habitat fit in. For years I had a scallop recreational fishing license on […] 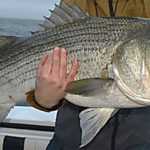 Good news with menhaden, but it’s likely the Commission will fall short on striped bass Menhaden So, here’s the good news. It is highly likely, after a good 20 years of advocacy by anglers and environmental groups, that we’ll see menhaden managed in the context of its value as a prey species, by as early […] 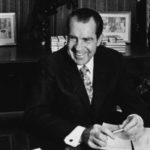 The National Environmental Protection Act, more typically referred to as “NEPA,” was signed into law by President Richard Nixon on January 1, 1970, after receiving unanimous approval in the Senate and broad, bipartisan support in the House of Representatives, where it passed on a 372-15 vote. As its name suggests, NEPA establishes a national environmental […] 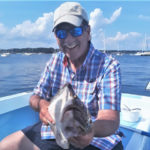 Capt. Dave Monti with fluke. NOAA gave east coast states a pass in 2020. However, new data shows anglers catching more fish than originally thought, and so 2021 regulations will likely be less liberal. Discussions at state fisheries meetings on 2020 regulations have been quite sobering for anglers on the East Coast. Recreational fishing regulations […] 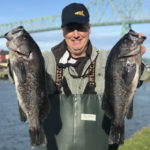 My vision is actually 20/30 according to my last eye exam, a necessity every five years to renew my US Coast Guard 6-pack license for my professional fish guiding business, or at least what’s left of it. It’s been a hard couple of years in the fish guiding business. Last year, we had a decent […] 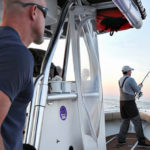 Top photo by Ralph D’Angelo The grind, the glory, and the absurdity of giving a crap Well, it’s done. Finally. Jan 2, the 36′ Contender just got wrapped and the 31′ is stripped and on a trailer, ready to go north for some long overdue shop work. The Maritime Skiff’s rear-end is bare, waiting for […]