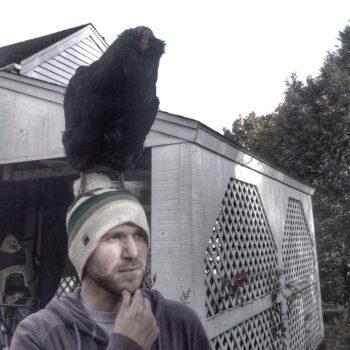 In which the author contemplates the genius of his creation.

We Americans think of Thanksgiving when we think of turkey, but the history of Christmas turkey dinner runs much deeper. While the classic American Thanksgiving turkey feast is a relatively modern 19th century contrivance with its myriad revisionist imperialist overtones, turkey dinner at Christmas dates back to at least the early 1500s, during the reign of England’s Henry VIII . However you slice it, I can guarantee that the British royals and the Mayflower pilgrims never once conceived of the sheer magnificence of the seafood turducken. But you can, and you should.

The seafood turducken is an even more monstrous and decadent take on the modern Cajun masterpiece made famous by Chef Paul Prudhomme . For the uninitiated, a turducken is a deboned chicken stuffed in a deboned duck stuffed in a deboned turkey and cooked ad libitum. But because that’s just not enough for this crazy world anymore, I’ve added several seafood species to my turduckens, and you should do the same. You will wind up with a Christmas dinner that is unforgettably, deliciously absurd, something everyone involved will talk about for years no matter the outcome.

And you and your loved ones will have the delightful task of naming your X-mas concoction. Good luck saying “oysturduckenobster” with a straight face.

The challenges of seafood turducken assembly and precision cooking are significant, and they’re not for the faint of heart. Come at it with good humor, plenty of time, a competent butcher (I strongly recommend ordering the birds deboned from a reputable meat market), and a solid plan, and you’ll achieve culinary victory.

This recipe is gluten-free. 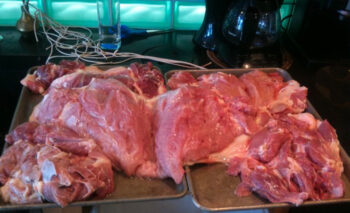 You will need meat. Lots of meat.