In late October, the U.S. Forest Service (USFS) issued a final rule and record of decision exempting Alaska’s Tongass National Forest from the 2001 Roadless Area Conservation Rule (2001 Roadless Rule). The 2001 Roadless Rule prohibited timber harvest and road construction in designated inventoried roadless areas within our national forests. The Administration’s action removes protection of approximately 9.4 million acres of the 16.9 million acre Tongass National Forest – thus making more than half of the Tongass available for logging and other resource development. Additionally, it would bring 188,000 acres of old growth forest to the table that was safeguarded by the roadless rule within the 2016 Tongass National Forest Land and Resource Management Plan. 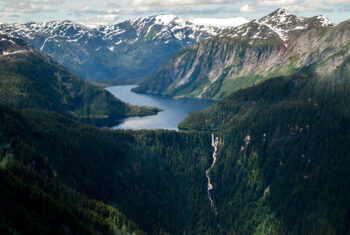 The Tongass National Forest is the largest national forest in the U.S., the world’s largest intact temperate rainforest, and a bulwark against climate change. It holds some of the largest old growth trees in the world, watersheds that provide clean drinking water, essential wildlife habitat, and outstanding outdoor recreation opportunities that should be kept safe for generations to come.

The Tongass is part of the fabric of Alaskan culture and raises more salmon – including all five of North America’s Pacific salmon species – than all other national forests combined. If you are an angler, commercial fisherman, or care about fish, that is a big deal. The fishing and tourism industry that relies on the Tongass accounts for more than 25 percent of local jobs in the region.

Since fiscal year 1980, the USFS has lost approximately $1.7 billion or $44 million per year on average. USFS could end up losing nearly $190 million in the Tongass over the next five years from planned sales, and more if currently roadless areas are opened to logging. 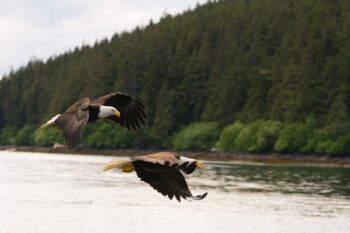 Since this is federal land owned by all Americans, not only will U.S. taxpayers foot the bill, but most of the timber would also go overseas to China. In an opinion piece published in July in the Washington Times, Ed Rollins, longtime Republican campaign consultant and current chairman of the Great America PAC, wrote, “The U.S. Forest Service (USFS) is on the verge of determining whether public lands are managed for the benefit of Americans or for Chinese economic interests.” He continues:

When you break it down at the simplest level, American taxpayers are paying for the economic benefits of China — and they aren’t happy about it. And the Forest Service proposal to drop roadless area protections on the Tongass will only exacerbate the problem.

The Tongass National Forest is the largest and most extensive temperate rainforest in the world. It is also Southeast Alaska’s SeaBank. That SeaBank supports the southeast economy with annual dividends in seafood, recreation, wildlife, water and forest products. The dividends and values from SeaBank are paid annually, provided we safeguard the natural capital of the forest. The global ecosystem service values annually provided by the Tongass are between $125-145 trillion. That value increases every year as climate change raises the stakes on carbon sequestration and intact, functioning ecosystems. Why would we risk the forest for the trees? The roadless rule is critical to protecting the Tongass SeaBank for future generations. 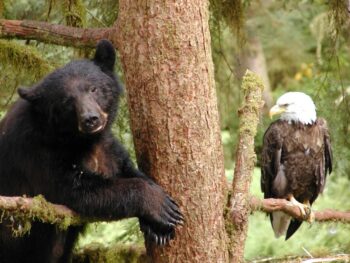 Black bear and eagle in the Tongass National Forest. Photo via USFS.

Austin Williams, director of law and policy for Trout Unlimited in Alaska, writing on Trout Unlimited’s blog, noted the economic importance and the public’s support to roadless protections:

This is the latest effort by politicians catering to a failing old-growth logging industry that refuses to adapt to the changing global economy, fails to recognize the Tongass is much more valuable for its wild salmon than as a source of timber for foreign markets, and that persists only because of massive government subsidy. With any luck, this shortsighted decision won’t be on the books for long.

More than 96% of public comments on this proposed decision favored keeping the roadless rule in place. In some Alaska communities, every single comment submitted to the Forest Service wanted roadless areas protected. Tribes, small-business owners, hunters and anglers, subsistence users, scientists, and people from all walks of life spoke up in favor of fish, wildlife, beautiful scenery, and for putting an end to unsustainable clear-cut logging of our best remaining old-growth forest.

Hunters, anglers and outdoor enthusiasts have been vocal proponents of conserving Alaska’s roadless treasures. With their large populations of game and healthy fisheries, these public lands and waters are essential for Alaska’s outdoor economy. Land Tawney, president and CEO of the Backcountry Hunters and Anglers, calls upon the U.S. Department of Agriculture, which oversees the USFS, to consider other users of the public lands:

The backcountry habitat found in the Tongass is quite simply irreplaceable, a jewel in the crowning achievement that is our national forests system, and we as a nation will be poorer if we suffer its loss and weaken conservation standards for our roadless areas. U.S. roadless areas play a crucial role in the health of our big game populations, our iconic fisheries and our opportunities to find adventure and solace on our public lands. Together, sportsmen and women urge Secretary [of Agriculture] Sonny Perdue to listen to Alaskans, to hunters and anglers, to the business owners and community members who have overwhelmingly spoken up, again and again, for conservation of the Tongass.

While public lands issues may seem far afield from federal fisheries policy, everything in nature is interconnected. In fact, the Tongass and the roadless rule are not new issues for the Network’s leadership. Our executive director, Rob Vandermark, said:

In the years before joining the Network, both deputy director Tom Sadler and I worked to safeguard our national forests and the habitat they provide through the roadless rule. I’ve had the opportunity to spend much time in the Tongass and experienced its majesty – it is a natural treasure. There are a myriad of vital reasons to uphold these protections, not the least of which is the cultural and economic importance to the Network’s members, supporters and constituents. This action is contrary to President Teddy Roosevelt’s vision for the creation of our national forest system. I hope the incoming Biden Administration or Congress will quickly right this wrong.

The Network will continue to follow developments surrounding this issue and share updates as they become available.

2 comments on “Alaska’s “Salmon Forest” is in Jeopardy”