Discussions at state fisheries meetings on 2020 regulations have been quite sobering for anglers on the East Coast. Recreational fishing regulations will soon likely be more restrictive for bluefish, scup, black sea bass, summer flounder (fluke) and striped bass.

The good news is that, this year, recreational regulations for scup, black sea bass, summer flounder and tautog will be similar to last year for all coastal states. Striped bass and bluefish regulations will be less liberal.

However, scup, black sea bass and summer flounder regulations will not likely be as liberal for the 2021 season. NOAA Fisheries is expected to clamp down on harvest limits due to improved data collection methods through the Marine Recreational Information Program (MRIP) that has given fish managers a better idea of how many fish anglers are harvesting. 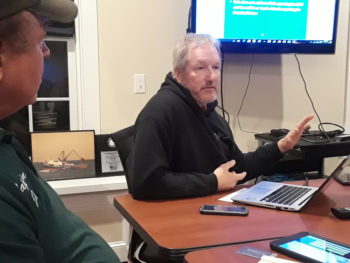 Enhanced data obtained through the use of mail surveys sent to the homes of licensed/registered fishermen, along with an enhanced volume of intercept surveys, shows that recreational anglers have harvested a lot more fish than originally estimated. With some species, anglers harvested two to three times the amount of fish managers originally thought they had harvested. The enhanced catch also indicates to scientists that there were and are likely more fish in the water than they originally thought (which is a good thing).

In summary the new MRIP data indicates anglers caught more fish than originally thought, that the fish in the water are more abundant than originally thought, and in many cases the enhanced abundance has and will enhance commercial harvest limits, with recreational harvest limits remaining the same or reduced because they have already taken their share.

Rich Hittinger, 1st vice president of the RI Saltwater Anglers Association , said, “We can’t afford to repeat the loss of winter flounder and squeteague in our bays, the loss of pollack and mackerel at Block Island or the loss of cod near Cape Cod. I want my grandchildren to be able to catch fish and enjoy the ocean like I have, but this looks like the biggest catastrophe for recreational saltwater fishing that I have witnessed in the 20 plus years.”

When asked about the size of the biomass in the water at a Rhode Island public workshop, Jason McNamee, chief of Marine Resources Management at the RI Department of Environmental Management said, “The new stock assessments that incorporate new MRIP data indicates we do have the fish to support enhanced commercial increases.”

New amendment to consider reallocation based on new data 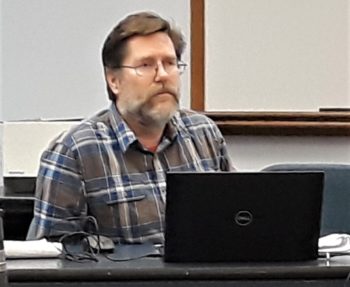 Regulation workshop: John Lake, RI DEM supervising marine biologist, addresses anglers at a fisheries workshop January 6 at the URI Bay Campus. 2020 scup, black sea bass and fluke regulations expected to be the same, but NOAA is likely clamping down in 2021.

The Mid-Atlantic Fishery Management Council (Council), which manages fish in federal waters (3 to 200 miles offshore), and the Atlantic States Marine Fisheries Commission (Commission), which regulates fishing in state waters (from the coast to three miles offshore), have scheduled a series of scoping hearings in light of the new MRIP data. The aim of the hearings is to gather public input on the range of issues and information to be considered in the Summer Flounder, Scup, and Black Sea Bass Commercial/Recreational Allocation Amendment.

The amendment will consider potential modifications to the allocations of catch or landings between the commercial and recreational sectors for summer flounder, scup, and black sea bass. The commercial and recreational allocations for all three species were set in the mid-1990s based on historical proportions of landings (for summer flounder and black sea bass) or catch (for scup) from each sector.

In July 2018, MRIP released revisions to its time series of catch (harvest and discards) estimates. As noted above, these revisions resulted in much higher recreational catch estimates compared to previous estimates, affecting the entire time series of data going back to 1981.

In a January 7 press advisory the Council and Commission said, “Some changes have also been made to commercial catch data since the allocations were established. The current commercial and recreational allocation percentages for all three species do not reflect the current understanding of the recent and historic proportions of catch and landings from the two sectors. This amendment will consider whether changes to these allocations are warranted.”

All fishermen are encouraged to submit comments in person or in writing on which options may or may not be useful or practical for meeting the goal of the amendment.

To lean more and how to comment on the Scoping and Public Information Document, visit the Council website at http://www.mafmc.org/actions/sfsbsb-allocation-amendment.

Can electronic recording be the answer to better recreational data?

I believe that recording our catch and effort electronically on cellphones is the long-term answer to gathering more timely and accurate catch and effort data from the recreational sector. We have a good idea of what commercial fishers are catching as they by law have to report fish they catch or release. However, recreational fishing catch and effort is estimate as noted above.

Getting a better idea of what fish recreational anglers are catching by scientifically valid electronic recording will take all or most of the guess work out of projecting recreational harvest.

I have been recording catch and effort on my charter boat for the past eight years electronically on an iPad and this year plan to switch to a cellphone. The software I use (by Harbor Lights Software) has been approved by NOAA in the Greater Atlantic Region. The software allows captains to take a cellphone, iPad or tablet on their vessel and record catch, effort, released fish, fish saved as food and the size of the fish in real time. The system is GPS based and can also track trips as an option, reporting the exact locations the fish are caught.