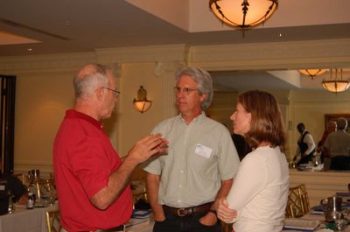 A sea change has happened in the fisheries conservation world: longtime advocate, expert and visionary, Ken Hinman, has retired as president of Wild Oceans. Ken has been at the center of the fisheries conservation movement for more than 40 years, and for most of that time as the head of Wild Oceans (formerly the National Coalition for Marine Conservation), greatly contributing to the advancement of ocean and fisheries policy.

Ken’s leadership and achievements are well known by anyone who has been around ocean and fisheries conservation in the last four decades. What people may not know about Ken is that he played a crucial role as a founding member of the Marine Fish Conservation Network and continued to serve as a valued policy council advisor for our organization up until the day he retired.

Many of those who have known Ken for years as part of the Network say that he has been a crucial part of the organization’s success for many reasons. Ken was often consulted for his deep knowledge of fisheries science and policy, and he was equally gifted in eloquently communicating this knowledge in person and in the written word. In addition, Ken has always been highly respected by all who worked with him and greatly appreciated for his ability to help the Network’s diverse group of partners negotiate their way through conflicting views.

Gerry Leape, principal officer at The Pew Charitable Trusts and chair of the Network’s Board of Directors, was another original co-founder of the Marine Fish Conservation Network. He said that when the Network first started to form and others were just getting into fisheries conservation, Ken’s group, the National Coalition for Marine Conservation, had already been working on the issue for more than a decade. In the 1980s and 90s, Ken was the original voice for both the sport and the academic fisheries communities, and was “instrumental in achieving the transformational changes that were realized in the 1996 reauthorization.”

“Ken is a legend and he leaves big shoes to fill as he heads off into a well deserved retirement… although I am not convinced that he is truly leaving,” said Leape.

Phil Kline, who currently serves on the Network’s Board of Directors – and who also served on the Network’s Board of Advisors for many years as a senior member of several well-known ocean conservation organizations while co-chairing with Ken during part of that time – also echoed praise for Ken’s accomplishments and leadership during his time with the Network. Kline said, “Ken is one of our nation’s oceans conservation super heroes, often negotiating controversial policy choices among Network members with the skill of a seasoned diplomat.” He also added that Ken “maintained the Network’s policy leadership on the Hill during critical years in the Magnuson-Stevens Act evolution, all backed up with exceptional skills in writing, organizing, and giving testimony on the Hill.” 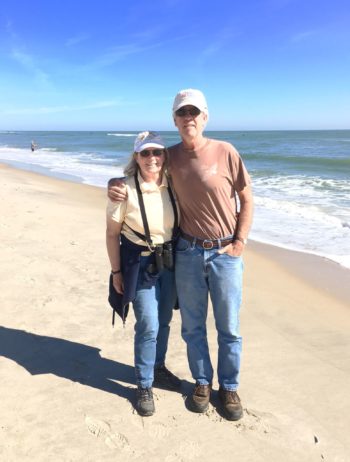 Lee Crockett, current executive director of the Shark Conservation Fund and former executive director of the Network, said that Ken was a leader in more ways than one. He was one of the earliest proponents of ecosystem-based management, a shift in thinking from how fish stocks affect the U.S. bottom line to how they impact the rest of the ocean food web and surrounding marine environment. Prior to Ken, people did not give much consideration to the conservation of tiny forage fish, and he successfully made the case that prey species need special consideration in management decisions so that the rest of the fish stocks upon which humans depend can survive and thrive. Crockett acknowledged that Ken was the original and strongest champion for ecosystem-based fisheries management within the Network, and that the organization would not have pushed for as many policy changes around the management of forage fish without Ken’s guidance and perseverance.

Ken was exceedingly helpful when I started my own tenure at the Network almost five years ago. His institutional knowledge helped me navigate the early waters of re-establishing our organization. And like many others before me, I have learned a great deal about ocean and fisheries conservation from Ken. While his influence on national marine policy cannot be overstated, I can also say that his contributions to making the Marine Fish Conservation Network the diverse and effective coalition that it is today cannot be overstated either.

On behalf of everyone who has been a part of the Network, thank you, Ken, for your many years of dedication and service to achieving healthy oceans and productive fisheries. Congratulations on your well-deserved retirement.