Dolphins swimming in Louisiana’s Barataria Bay, which was heavily impacted by oil from the 2010 BP disaster.

The Gulf region relies on healthy fisheries and the marine environment to sustain our coastal economies, and many of our cultural traditions are integrally connected to our coastal waters and fisheries. That’s why one of our programs is focused on conserving marine life in the region. This work includes three key areas. 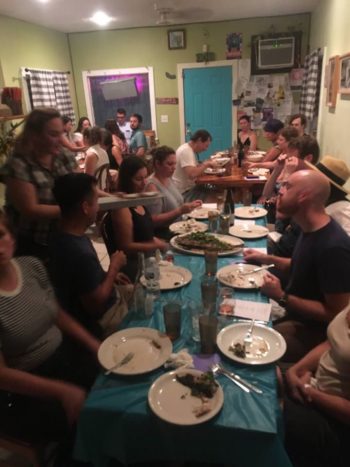 First, we work with restaurateurs, commercial and recreational fishers, national partners like the Marine Fish Conservation Network, and other stakeholders to defend and expand on the core conservation provisions included in federal laws like the Magnuson-Stevens Act. One of the reasons people love to live in and visit the Gulf region is our amazing culinary traditions and access to fresh, local seafood. Chefs and restaurateurs are leaders in maintaining these traditions and bringing sustainable seafood to the public. Unfortunately, their voices have not always been as prominent when it comes to federal fisheries policy and the actions of decision-making bodies like the Gulf of Mexico Fisheries Management Council. Oftentimes fishery management discussions seem to be dominated by recreational and commercial fishers, academics and conservationists, leaving out restaurants, grocery stores and the general public who primarily purchase their seafood from those places.

Over the last several years, Healthy Gulf has been working to organize restaurateurs and other non-traditional stakeholder to make sure that they have a say in protecting our fisheries and marine environment. Recently, Healthy Gulf held a series of Know Your Fishers dinners across the region. These brought together a local commercial fisher with a local chef or restaurant to host a dinner and have a conversation with members of the public about how the fish they were eating came to their plates and how we can ensure sustainable fisheries and supply chains.

Our second focus area is on protecting marine life such as dolphins, whales and sea turtles that are negatively impacted by ocean shipping, pollution, oil and gas development and entanglements from fishing gear. We seek to reduce pollution flowing into the Gulf, limit bycatch, decrease noise pollution from activities like oil and gas exploration, prevent oil spills, and make sure at-risk species receive the maximum possible protection under the Endangered Species Act and the Marine Mammal Protection Act. 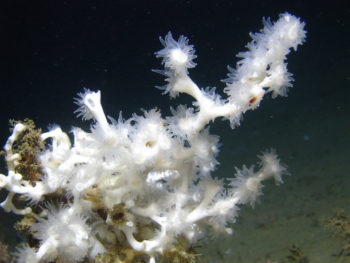 Earlier this year, through legal action and advocacy, Healthy Gulf and the Natural Resources Defense Council succeeded in pushing the National Oceanic and Atmospheric Administration to list the Gulf of Mexico Bryde’s whale as an endangered species. These whales were devastated by the BP oil disaster and are estimated to only have a population of 33 individuals remaining. Listing them as an endangered species will provide the protections they need to hopefully rebound and rebuild their population.

Finally, Healthy Gulf is dedicated to protecting marine habitat in the region, including oyster reefs and our region’s unique deep sea corals. Over 3,300 species of deep sea corals have been discovered by scientific expeditions, with new ones identified and named with each trip. Unfortunately, deep sea corals in the Gulf are under threat from warming waters, oil spills like the BP disaster, certain fishing methods, and other factors. We’re working to protect these unique and important habitats.

In June 2018, the Gulf of Mexico Fisheries Management Council unanimously passed Coral Amendment 9, officially recognizing the importance of deep sea corals in the Gulf. Healthy Gulf helped build grassroots support and turned out people to field hearings throughout the five Gulf states. The Gulf Council cited the 60,000 people who signed Healthy Gulf’s petition as a key factor in its decision.

From the Mississippi River delta to the deep-water corals that live beyond light’s reach, the Gulf is home to one of the most diverse ecosystems on the planet, but we also face huge threats to our marine environment from a variety of factors including overfishing, oil and gas development and pollution. Healthy Gulf will continue to work to address these pressing issues head on and is proud to join our partners in the Marine Fish Conservation Network in conserving and revitalizing wild ocean fisheries across the country.

Raleigh Hoke is Campaign Director with Healthy Gulf, a non-profit focused on the health of the Gulf of Mexico region. In his spare time, he enjoys fishing the bayous, lakes, and estuaries of Louisiana.
View all posts by Raleigh Hoke →