If someone were to ask you, “Which do you prefer, imported seafood or domestic seafood?” I imagine your instant reaction is that you’d rather eat local seafood caught by an American fisherman. It’s a fact that Americans love seafood; in 2015, we consumed more than fifteen pounds of seafood per person. However, despite how seafood is often advertised, over 90% of the seafood eaten in the U.S. is imported, and many of the species imported are also caught in U.S. waters. And, while Country of Origin Labelling laws are in place, mislabeling of seafood is rampant in restaurants and grocery stores. The American consumer deserves better. 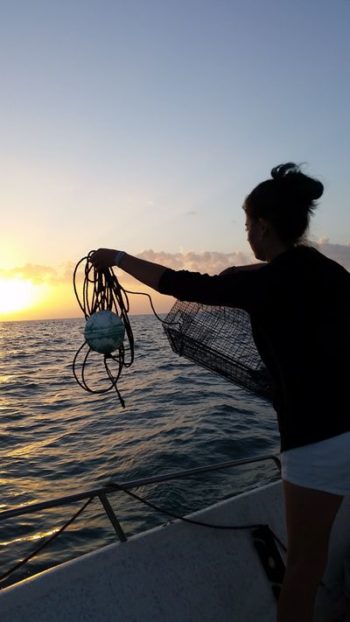 In 2012, Oceana published a report that found 33% of seafood samples collected in 21 states were mislabeled. Just last month, a domestic seafood producer was caught falsely advertising the origin of its tuna. Mislabeling is more than just false advertising about product origin; purchasing seafood from some countries means you may be paying premium price on lower quality product, are supporting fisheries that do not have to adhere to strict rules and regulations, and may have been harvested using slave or non-ethical labor. As a consumer dedicated to supporting U.S. seafood, what can be done to ensure you’re getting the product you want and are supporting science-based management, sustainably harvested seafood, and hardworking American fishermen?

Some species are more at risk of being mislabeled than others, such as shrimp, snapper, tuna, and mahi-mahi. In the Oceana study, they found the seafood that had the highest rate of mislabeling was snapper and tuna. These species are harvested in the Gulf of Mexico, meaning that seafood mislabeling directly competes with American fishermen who adhere to strict management regulations that ensure ethically and sustainably harvested fish. Their dedication to providing quality domestic seafood is undercut by mislabeled imported fish that is less expensive, less healthy, and often lower quality. The international issue of illegal, unreported, and unregulated (IUU) fishing and seafood labeling and origin verification is a huge problem to tackle, and one that seafood traceability can solve.

Regulators have made steps in the right direction to address mislabeling and traceability. In 2014, the Obama administration created a task force to combat illegal, unregulated, and unreported fishing, and in 2015 the Seafood Import Monitoring Program (SIMP) was made law. This law requires the importer to provide information from point of harvest to the point of entry into the U.S. for key species, including blue crab, mahi-mahi, red snapper, grouper, shrimp, tunas, and others. And though the FDA inspects imports to ensure they are safe for Americans to eat, there is concern that it is not enough to prevent tainted product for entering the U.S. Just last week, the Senate approved allocating more funding to these inspections. These are steps in the right direction, but it still leaves room for mislabeled product to enter the supply chain.

The reef fish industry of the Gulf of Mexico has been ahead of the curve with Gulf Wild, a real-time traceability system that was implemented in 2013. Gulf Wild was created and built by fishermen who were committed to providing a high quality, 100% traceable and verifiable product to American consumers. And thanks to the successful management under Magnuson-Stevens Fishery Conservation and Management Act, along with the Gulf Wild conservation covenants, consumers can be confident that not only is Gulf Wild product American, but it is also environmentally friendly and sustainable.

Here’s how it works: Gulf Wild tags fish as they come off the boat with a unique QR code that provides details on who caught the fish, where they were fishing, what fishing gear they were using, and, most importantly, the species. This information stays with each individual fish so that by the time it reaches a restaurant or market, the consumer can scan the QR code and see every stop that fish had made between the Gulf of Mexico and the plate. Consumers can rest assured that the fish they’re eating was responsibly harvested, is domestic, and is sustainable.

Gulf Wild is a prime example of industry-led solutions, and an easy way to get to know the face of the fishermen who caught your snapper or grouper. Some fishermen are already taking steps to verify their products, and consumers will reap the benefits from this group of innovative American businesses.

Seafood consumers do not realize the power in their hands to support American jobs and decrease our reliance on imported seafood. As the widespread issue of mislabeling has come more to light, consumers must be sure to do their research and not be afraid to demand proof of origin from their restaurant or fishmonger. Consumers need to demand product that can verify its origin from dock-to-plate, like Gulf Wild, and restaurants and retailers should look to these kinds of systems to provide their guests with American, sustainable seafood. When traceability becomes widespread and commonplace, everyone involved in the seafood supply chain will benefit.

Erin Grebenev is the Deck Boss at Wild Seafood Co. in Madeira Beach, FL, where she oversees every commercial offload and actively supports policies that promote sustainable fishing practices that preserve our resources for future generations.
View all posts by Erin Grebenev →