What does fisheries policy have to do with an indigenous nation’s campaign for federal recognition, a women-led grassroots organization’s fight to keep their bodies free from a dangerous isotope called tritium, the battle over water privatization taking place in Nigeria (and globally), and Puerto Rico’s struggle to rebuild after Hurricane Maria?

Everything, as it turns out. 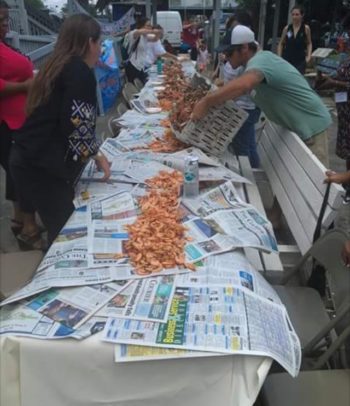 Or at least that was one of my big takeaways from this year’s Bayou Rising, a gathering in Dulac, LA, jointly hosted by the United Houma Nation and the Gulf Coast Center for Law and Policy. The three-day workshop/conference brought together organizers from all over the South and the world to meet each other, fish together, eat together, sweat together (imagine a gym in south Louisiana in late July with no air conditioning), and share strategies and information related to their various campaigns.

Many in the nonprofit and advocacy worlds often lament the siloing of our organizations and work. “Siloing” describes a phenomenon in which systems, processes and departments that are related become isolated from each other. Siloing can result in decreased sharing of information, reduced inefficiency from multiple groups doing redundant work, and potential resentment between groups competing for funding.

While siloing is frequently talked about within one particular company or group, the same concept can be applied to multiple groups working on a common goal. What Bayou Rising asks us to do is to broaden the scope of our common goal.

For example, the five issues mentioned in the opening sentence of this article can all be explained by a current government structure that favors profit-driven private industries above all else. Or, by looking through the lens of indigenous rights, one might say they result from a system of colonization that has separated people from the land and taken land from the people.

Our common goal then might be described as dismantling a system that degrades our planet by valuing profits over people. 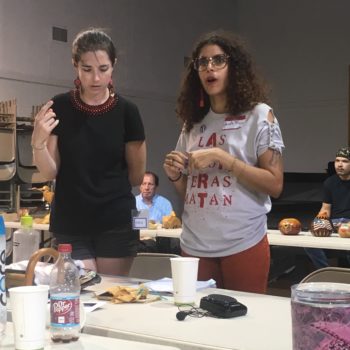 You might be saying to yourself, “I’m just a fisherman (or environmentalist or cook or wonk or whatever). I’m not interested in aligning myself to broader political causes, and besides, it’s not relevant to my organization or its funders. I don’t want to upset anyone.”

With that thinking we will continue to play a purely defensive role in an endless game in which we slowly but surely lose ground to the same team that brought us H.R. 200, a harmful fisheries bill derisively referred to by some as the “Empty Oceans Act.”

It also leaves way too many people on the sidelines. Rather than worrying about what we have to lose by offending those who don’t truly share our values, we should instead think about all the potential allies and resources we stand to gain with a truly integrated movement.

We will never be able to win a financial arms race with our opponents. There’s simply too much money in exploitation. The way we will win is by asserting our strength in numbers.

One of the challenges I have encountered working in fisheries has been generating public interest among those who don’t have a vested financial or personal interest in fishing. It’s easy enough to say that special interests are trying to take food off your plate, but it’s nearly impossible to answer any follow-up questions without delving into serious acronym territory (ABC, TAC, ACL, OY, etc.). The complicated management process involving multiple state and federal agencies and their respective oceanic boundaries is enough to make even seasoned activists’ eyes glaze over if they don’t have a background in fisheries.

Something else I’ve grappled with is how I can justify to myself and others that fisheries deserve as much attention as the other numerous horrors in the world today. For example, I received word that H.R. 200 was headed to the floor just as the focus of the nation was turning to the separation of asylum-seekers at the border and the treatment of children by the border agents at immigrant detention centers. I was in Key West for a Gulf of Mexico Fisheries Management Council meeting and asked a colleague with much more experience and wisdom how to justify to myself and others that we should take the time to focus on fisheries.

Her answer was that these aren’t unrelated issues. 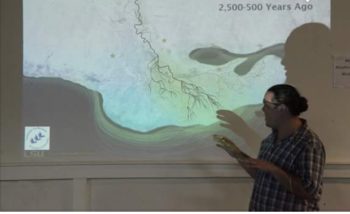 And of course, she is correct. In both cases, you have an insurgent group within the government serving the rich and powerful and acting against the best interests of the people. She explained that while not everyone can work on the same issues all at once, we can all make a difference within our roles as advocates, whether it’s fisheries or immigrant rights or something else.

This recognition opens the door to all kinds of different partners. Not long ago, it would have been unthinkable for an environmentalist like me to be working alongside commercial fishers. The 1980s saw the two groups pitted against each other in the “TED wars,” a battle over turtle excluder devices in fishing nets. Now we often find ourselves on the same side of issues like land loss, federal fisheries management, and the dead zone in the Gulf of Mexico.

While the fishermen and I might not agree on everything politically, we do have a working foundation that we can build into something greater. Whereas environmentalists of the past have been accused of caring more about animals than people, my organization, Gulf Restoration Network, looks at sustaining coastal communities as one of our major focal areas, and that includes fishermen as well as fish.

The fishing communities likewise have begun to see themselves as part of a larger environmental struggle to preserve their way of life. Some have even told me privately that they’d like to see oil companies held accountable for land loss and climate change, a rather unlikely position for a Gulf Coast fisherman to take.

At Bayou Rising, I met a Georgia organizer who is working to activate rural communities to oppose a nuclear weapons plant. We came to the conclusion that very few people in the world have had no experience with injustice to themselves personally, their loved ones or their communities. Our jobs as coalition builders is to identify what that injustice is and connect it to our own struggles. But the only way to genuinely build that connection is to reciprocate and take on their struggles as our own.

Until we start seeing ourselves as part of larger movement, we will be condemned to silo ourselves off as fisheries wonks.

The truth, which we are reluctant to declare, is that we are so much more than advocates for fish. We fight for food justice and the preservation of a precious natural resource that powerful companies would like to claim as their own to do with as they see fit. H.R. 200 is not the first attack, and it won’t be the last.

As we wait to see what will happen next in the Senate, we have an opportunity to build new connections with new groups. It’s time for us to ally ourselves to the broader community focused on justice.

It’s time for us to rise up.