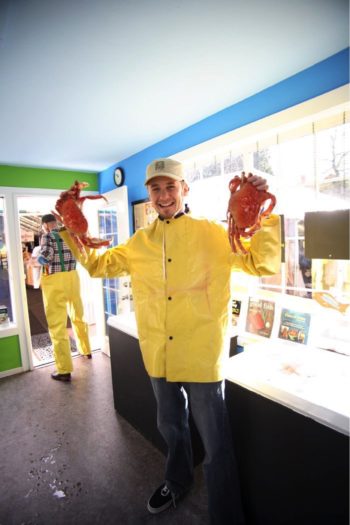 Fisheries policy has a responsibility to be sustainable to ensure that future generations will have access to the same resources we’ve always had the luxury of taking for granted. Fisheries policy also has a responsibility to the people who make a living from the fisheries, whether directly at sea or indirectly at market. Policy needs to provide safety nets for fishermen, working waterfronts, and the communities within the fishing industry. Policy must evolve and adapt to a changing industry, climate change, and market needs.

Since its inception over 40 years ago, bipartisan support has been the hallmark of the Magnuson-Stevens Fishery Conservation and Management Act (MSA). The MSA is our federal fisheries law, which creates safeguards to protect our fisheries and the communities supported by them. Unfortunately, the current political climate in Washington DC does not give equal consideration to both sides of the equation with regard to the MSA and its much-needed reauthorization.

In fisheries policy on a broad scale and in Dungeness crab practice locally, the equation is thrown out of balance when only one side of the equation is considered. A one-sided approach has potentially dangerous effects to both the environment and the livelihood of the communities dependent on the ocean.

As with most fish, objectives for the Dungeness crab consumer boil down to two things: safety and value. This year, the Oregon Dungeness crab season is delayed because the crabs have not reached market size. This is unfortunate for the crab fishing fleet, but it’s a safeguard to protect the ecosystem and the consumer. Hard decisions always require trade-offs, but if the decisions account for all sides of the equation, then we can stand strongly and confidently in our decisions. If all sides are not considered, somebody will get an unfair treatment, be it the fish or the people who need it. 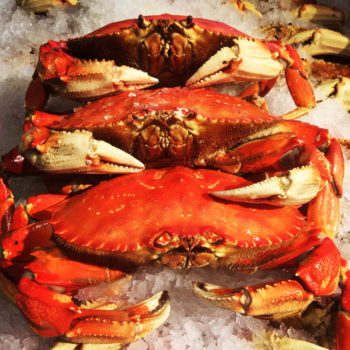 Total allowable catch quotas have long existed to sustain fisheries, including the Dungeness crab, for future generations. Sadly, the current bill to reauthorize the MSA, introduced by Republican Congressman Don Young from Alaska, emphasizes “increasing flexibility” – i.e. it guts accountability in favor of the bottom line. Pushing this version of the Magnuson-Stevens Act through legislation insults the spirit and legacy of the act, which has set the standard for fisheries policy worldwide. It weakens America’s key fishing law – it’s bad for fish, it’s bad for oceans, and it’s bad for coastal communities. It creates very real potential for overfishing and the not-very-long term instability of fishing communities.

In December, the House Committee on Natural Resources voted in favor of legislation sponsored by Congressman Young (H.R. 200) and his Republican colleague from Louisiana, Garret Graves, the RED SNAPPER Act (H.R. 3588), that wholly undermines the MSA. These two bills disable science-based data and total allowable catch quotas, and the euphemistic “flexibility” disempowers the law that has allowed several fishery stocks to rebuild from the verge of collapse.

We have a chance – and an obligation – to learn from the tragic overfishing that depleted stocks on the East coast and around the world. These failed policies have decimated the wild Atlantic salmon to levels of extinction, and the populations of several ground fish across the east are so low that they can’t rebuilt. The already troubled red snapper, an icon of the Gulf Coast, stands to suffer the same fate in light of Congressman Graves’ bill.

The panel’s top Democrat, Raul Grijalva of Arizona, had this to say:

“Ocean management is about sustainable use and enjoyment, not just making environmentalists unhappy. Like most of the bills advanced by the leadership of this committee, this bill is extreme and has no future in the Senate. Until my counterparts decide to take the issues in our jurisdiction more seriously, we’re going to keep wasting time on unpopular bills that have no chance of becoming law.”

While this is certainly encouraging – and from a Congressman from the desert, no less – we still need to apply pressure and call, write, email, or tweet our elected officials. We can do better. We have the power. Do it for the environment. Do it for the fishermen and communities whose livelihood depends on a healthy ocean. Do it for your grandchildren. Contact your US Senator.

These disastrous bills have reached the Senate, which has a chance to stand up in the face of such indecency. Defend the ocean and the vitality it provides to all of us. Contact your Senator and tell him or her to vote NO to H.R. 200 and H.R. 3588.

Lyf Gildersleeve is a second-generation fish monger who actively promotes and protects sustainable use of our seafood resources. He owns Flying Fish Company, a retail fish market, meat market, and oyster bar in Portland, Oregon.
View all posts by Lyf Gildersleeve →