Youth fishing camp participants caught on quickly. By day three, they were casting from shore like pros.

Aiden was one of fifty children from 7 to 14 years old that participated in the June 27th to 29th RISAA Youth Fishing Camp, which was held at Rocky Point State Park in Warwick, RI. Camp partners included the Rhode Island Department of Environmental Management (DEM) and U.S. Fish & Wildlife Service.

Steve Medeiros, president of the RISAA said, “A lot goes on when you fish. It appeals to our sense of adventure and teaches us patience. It is one of those activities where science and art converge. Fishing allows us to build a lifetime of memories and friendships with those we fish with.”

Medeiros said, “Our aim this year (the second year of the camp) was to add more fishing time to the camper experience. In addition to fishing from shore and on private vessels we added a trip on the Seven B’s party boat out of Pt. Judith, RI.”

“We are proud to partner with RISAA on its Youth Fishing Camp again this year,” said DEM Director Janet Coit.  “Providing opportunities for our children to get outdoors and connect with nature is so important. Kudos to RISAA for putting on this camp and inspiring a love of fishing in our young people.  It is efforts like this that will help shape a whole new generation of environmental stewards.  Terrific!”

Topics covered over the three-day camp included fish identification, conservation, use of spinning and conventional gear and tackle, basic marine biology, how and why to use different baits and lures, casting from shore and fishing from private boats as well as a party/charter boat.

“I liked collecting and identifying fish in the net,” said Tiffany MacPherson, a 10-year-old from Pawtucket, RI. Tiffany was referring to the purse seine net that DEM staff deployed from shore to collect sea life samples. Children then examined the catch in a small pool, receiving education on sea life that was caught and how it relates to the environment. Kimberly Sullivan, who leads DEM’s Aquatic Resource Education (ARE) program, and her staff played a major role in fish identification and all marine biology aspects of the camp program.

The success of the program is best summed up by a note RISAA received from camper Kennan Hunter:

“Dear Saltwater Anglers: Thank you for doing this camp and allowing me to participate in it. It was the first time I either fished or was on any boat.” 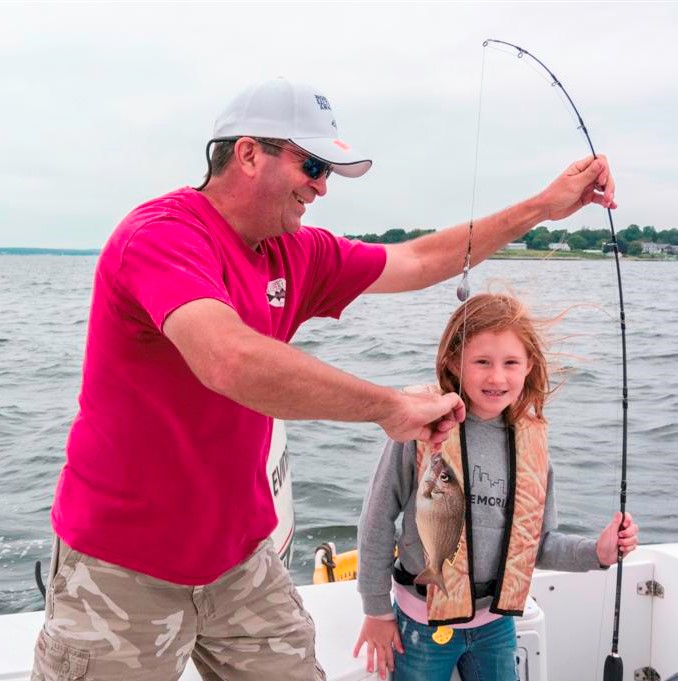 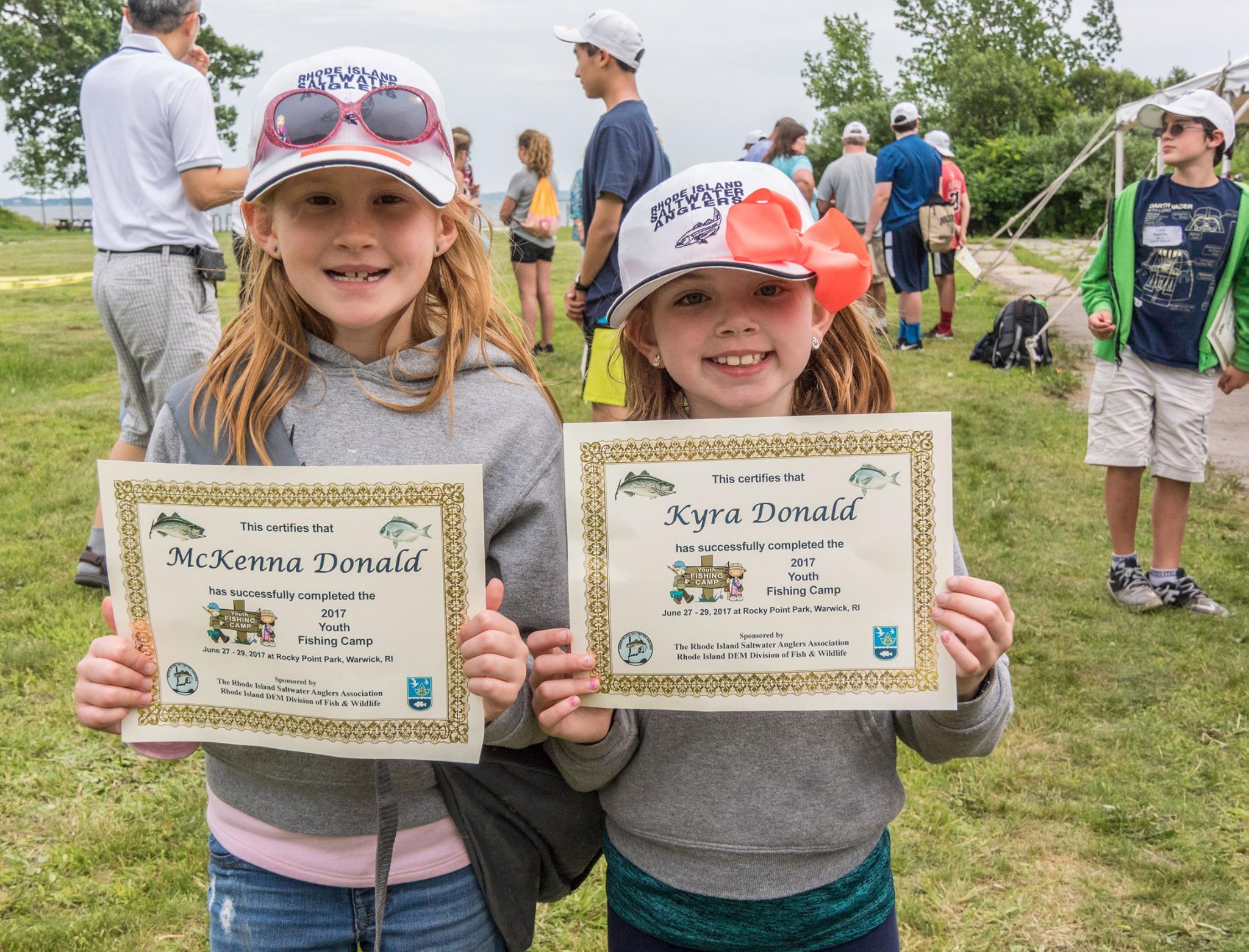 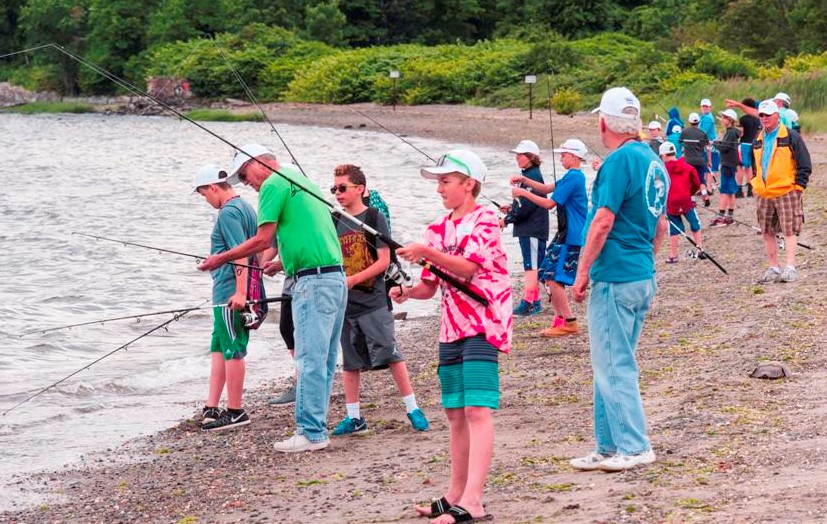 RISAA volunteers instruct campers on how to surf cast from shore. 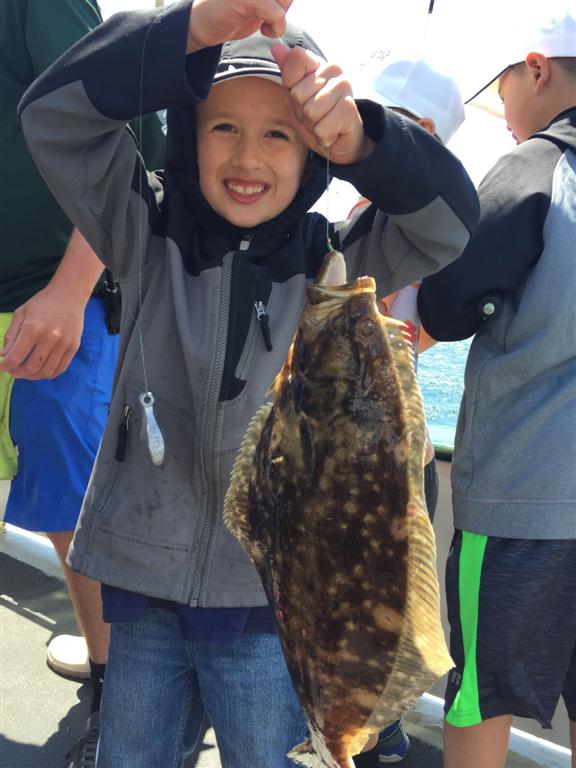 Campers fished for fluke and other ground fish on the Seven B’s party boat out of Pt. Judith, RI. 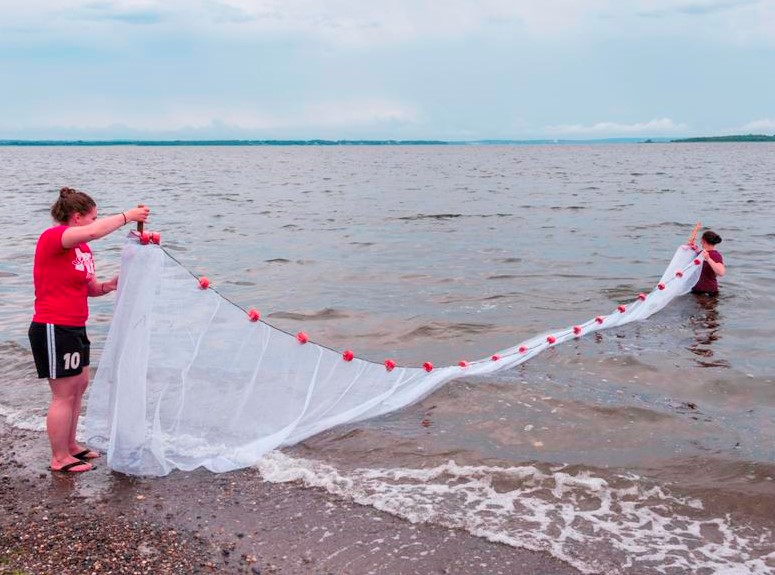 4 comments on “‘Fishing Builds a Lifetime of Memories’”