The National Marine Fisheries Service (NMFS) recently announced the 2017 Gulf of Mexico three-day federal-water season. It’s disappointing. My Louisiana roots go back to the Colonial French and many generations strong. Though my pride for the state runs deep, I find myself disheartened that my state and the Louisiana Department of Wildlife and Fish (LDWF) have been forced to break their partnership with the National Marine Fisheries Service in a dangerous game of political wrangling over red snapper. Increasing state-water seasons by other Gulf States have placed Louisiana into a de facto fishery arms race with the other states, as increasing state-water seasons eviscerate federal-water access. It is no wonder that the federal season is only three days when Texas allows anglers to fish year-round, Louisiana’s season was 272 days last year, Mississippi’s 102 days, Florida 78 and Alabama 67. And, red snapper is overfished each year in state waters because the states allow annual catch limits to be routinely and consistently exceeded. Simple math. 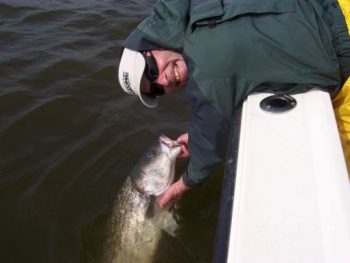 Even so, political wrangling by some private recreational groups has convinced the five Gulf States that by opening longer state-water seasons they will increase private recreational fishing opportunities. Such changes will increase the recreational take to roughly 75 to 80-percent in state waters, which are far inferior to the deeper and the more productive federal waters just offshore. But what is not discussed in this strategy is that it also further limits federal-water access since NMFS must deduct fish caught in state waters from the total federal water’s catch. These same interest groups then turn and decry that this is clearly a sign that the NMFS merely wants to take fish away from recreational anglers.

This is where the real anger should be directed, not at the hardworking members of NMFS, the Gulf Fishery Management Council, and the dedicated fishermen, their small businesses, and their families that have sacrificed to ensure that at least their portions of the fishery are accountable and sustainable. They have stable business models that protect their wallets, while protecting the resource first.

Louisiana Governor John Edwards’ and LDWF Secretary Jack Montoucet’s administrations, to be certain, inherited failed fishery management policies that were aligned with the interests that would break with a federal management system that is working in order to create some feigned states’ rights versus federal government narrative.

These interests and the previous administration found a sympathetic Congressional Representative, Mr. Garrett Graves, who’d rather deregulate all fisheries management in the name of modernization and flexibility, than acknowledge that the commercial and charter for-hire fleets have created management plans that have proven to be very effective and successful, and have utilized the inherent flexibility already built into the Magnuson-Stevens Fishery Conservation and Management Act, the law that manages all federal fisheries.

Representative Graves’s idea—a plan that shifts management to the states, forcing them to perform costly stock assessments annually and assume all enforcement of the fishery from zero to 200 miles—is an unfunded mandate that brings with it all the costs to perform the above. Wrapped in this little nugget is also the provision that could reduce Louisiana’s commercial fishing fleet by 10-percent annually without oversight.

Luckily, though, as politics attempts to break a federal management system that has created fishery management plans that work for the charter for-hire and commercial fleets, Governor Edwards’ administration is taking actions to find solutions to fishery management issues that work within the Magnuson-Stevens Act’s flexibility and rebuilding mandates at the state and council levels.

Currently, LDWF staff is working within the council process and the Magnuson-Stevens Act’s flexibility to find progressive management tools that work for the state’s anglers, while not kowtowing to recreational leadership’s attempt to weaken federal management. Under current LDWF staff and their initiatives, we have the possibility to break the logjam that certain recreational leadership has created at the Congressional and council levels and bring solutions and stability to the Gulf’s recreational red snapper fishery. The beauty is, we can do it by not shifting the costs to manage this fishery onto the backs of Louisiana taxpayers, while threatening one of our state’s greatest economic drivers – our hardworking commercial and charter for-hire small businesses.

1 comment on “Without the Fisheries Resource, There is No Lifestyle”