When various conservation organizations began pushing the concept of marine protected areas (MPAs) back in the late 1990s, I didn’t like the idea at all.

Back then, the MPAs being proposed were, with few if any exceptions, so-called “ocean wilderness areas” where no consumptive activities, including catch-and-release fishing, would be allowed. Advocates of such MPAs often said that they wanted to lock up 20% of our coastal waters, without much thought as to why or whether any particular place should be placed off-limits to fishing of any kind.

I still believe that the arbitrary creation of ocean wilderness areas is a bad idea.

It has become a cliché in the conservation community that “You only conserve what you love, you only love what you know, and you only know what you are taught.” Yet however clichéd that statement may be, I believe that it applies to marine conservation. I also believe that the best way to get large numbers of people to know, and ultimately to love, the marine environment is to take them fishing. 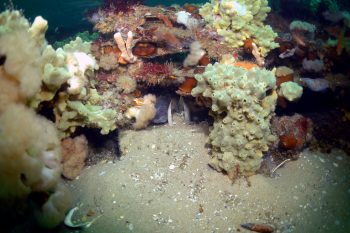 I believe that no-take marine reserves, which by their nature deny people a hands-on familiarity with marine resources, are, in the long run, counterproductive.

Yet I still support MPAs, because the term “marine protected area” encompasses a lot more than no-fishing zones. The National Oceanic and Atmospheric Administration (NOAA) has embraced a broad definition of “any area of the marine environment that has been reserved by federal, state, territorial, tribal, or local laws or regulations to provide lasting protection for part or all of the natural or cultural resources therein” as an MPA.

Thus, the gear restricted areas (GRAs) established by the Mid-Atlantic Fishery Management Council, which prohibit small-mesh trawls that threaten the survival of juvenile scup, can be considered a sort of MPA. So can the groundfish closed areas up in New England, where cod, haddock and other species may be caught on hook and line, but not by non-selective otter trawls.

Yet too many times, anglers who are quick to support such restrictions are also quick to say that they oppose MPAs. It is time for them to rethink that opposition.

While MPAs that arbitrarily close sections of ocean to all fishing activities are usually a bad idea, those that are tailored to address a specific problem or protect a particular resource can be extremely beneficial to anglers.

Nothing is more important to anglers than an abundance of mature fish. That being the case, MPAs that protect important spawning and nursery areas are a clear benefit to recreational fishermen.

Thanks to the GRAs established in the mid-Atlantic, anglers fishing between New Jersey and Massachusetts are enjoying a spectacularly good scup fishery. Abundance is more than 200% of the target level; and many of the scup being caught are the sort of large, mature fish that are characteristic of a healthy population. 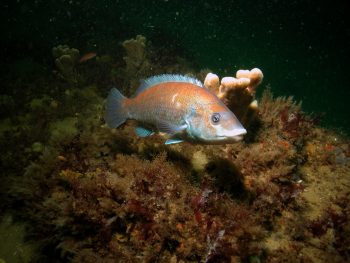 The South Atlantic Fishery Management Council recently asked the National Marine Fisheries Service to designate five areas between North Carolina and the Florida Keys as “Spawning Special Management Zones” (SMZs). Within the SMZs, which range from 3 to 5.1 square miles in size, bottom fishing and anchoring would be prohibited. However, nothing would prohibit anglers from trolling for billfish, tuna, dolphin or other pelagic species in the upper portion of the water column.

The SMZs are intended to protect fish belonging to the snapper/grouper management complex, and so increase recruitment. Such increased recruitment should result in more fish being available to anglers outside of the SMZs, and better assure that such fish will remain abundant well into the future.

MPAs can also be used to protect unique habitats. Off the coast of New England, fragile deep-water corals remain vulnerable to the effects of trawls and other bottom-tending fishing gear. Additional perils are posed by the possibility of energy exploration and development efforts. To prevent damage to the corals, a number of conservation groups are urging the President of the United States to declare certain seamounts and submarine canyons as a National Monument.

Although such corals are located more than 150 miles from shore, where little fishing takes place, fishermen are expressing concern that they will be excluded from any monument that may be created.

The American Sportfishing Association, which represents the recreational fishing industry, claims that conservation groups are trying to turn the proposed national monument into a no-fishing zone, and argues that recreational fishing should not be banned in the event that such monument is created. Unless some connection can be drawn between angling and potential damage to corals, that’s not an unreasonable position.

The Atlantic States Marine Fisheries Commission (Commission) also believes that fishing should be permitted, so long as it doesn’t threaten the corals. However, at the request of its American Lobster Management Board, it has also sent a letter to the White House. The Commission noted

“If the President chooses to use the Antiquities Act to protect deep sea corals, the Commission requested that the designated area be limited to the smallest area compatible with the proper care and management of the objects to be protected. Additionally, the Commission requested the area be limited to depths greater than 900 meters and encompass any or all of the region seaward of this line out to the outer limit of the exclusive economic zone.”

The speed with which the Commission jumped on the issue, in an apparent attempt to protect the incomes of a handful of lobstermen who fish near the edge of the continental shelf, was a marked contrast to the glacial progress that it has made in adopting regulations to address the collapse of the southern New England lobster stock. Although in 2010 biologists advised the Commission that the stock was experiencing recruitment failure, and that harvest should be sharply curtailed if not suspended, measures to effect such recommendation have not yet been adopted.

Such indifference to scientists’ advice has also hindered the use of MPAs for research purposes.

Two or three years ago, biologists proposed the creation of a habitat research “reference” area on New England’s Stellwagen Bank, where all fishing for groundfish would have been prohibited, although fishing for tuna and other pelagic species would still have been allowed.

The depletion of many species of New England groundfish has been a persistent problem for fisheries managers. The proposed reference area, planned to encompass 55 miles of ocean bottom, would have given biologists the opportunity to separate the impacts of fishing from other factors affecting groundfish populations, and so provide fisheries managers the insight needed to craft more effective regulations.

Recreational fishermen and the charter boat fleet mounted a fierce opposition to the groundfish closure, although a lot of their objections didn’t seem to make sense.

One charterboat captain who, according to the news website South Coast Today, “makes a living chasing tuna,” complained that, “I can’t go feed my family—that’s what you’re telling me. You’re cutting me off from the only thing that I know how to do.” Yet the proposed closure wouldn’t have affected tuna at all.

Another fishermen called the proposed reference area “a playground for scientists,” and said that, “We have a plethora of regulations and no way down the line to tell whether it worked or not.” He also opposed the closed area, even though it would have provided a way for managers to better determine whether fishing needed more — or perhaps could be allowed to have less — regulation.

In the end, such opposition convinced the New England Fishery Management Council not to move forward with the proposal.

Fishermen often have that sort of reaction to proposed MPAs: a knee-jerk belief that MPAs are all bad. When talking about no-fishing zones, they may be right. But when talking about targeted MPAs, designed for a particular purpose that will, in the end, lead to better angling, fishermen should rethink their position.

Properly-designed MPAs can provide more fish, and better fishing, for everyone, without shutting down any part of the sea. When fishermen oppose MPAs of that kind, the question isn’t whether they’re willing to rethink their position, but rather whether they’re thinking at all.