Today, red snapper management in the Gulf of Mexico may be the most bitterly debated issue in fisheries management.

By 1990, the stock was badly overfished. Abundance had fallen so low that the population retained only 2.6% of its spawning potential. Since then, the National Marine Fisheries Service (NMFS) implemented a successful recovery plan. Spawning potential has more than quadrupled, and is now at about half the level that, managers believe, will support a sustainable fishery in the long term.

NMFS had to overcome three separate threats to the stock: recreational overfishing, commercial overfishing and bycatch of juvenile red snapper in shrimp trawls. A lawsuit brought by a number of angling and conservation groups helped to resolve the bycatch issue.

Commercial overfishing ended in 2007, after NMFS adopted a catch share program, which assigned a portion of the harvest to each fishermen, based on their landings history.

That left recreational overharvest as the last problem that managers needed to fix. Unfortunately, it proved to be the most intractable problem of all.

States compounded the problem by adopting regulations that were far more liberal than the federal rules. Because all red snapper in the Gulf of Mexico are managed as a single unit, fish caught in state waters when the federal season is closed are still counted in the overall catch, and force federal managers to adopt even more restrictive regulations. 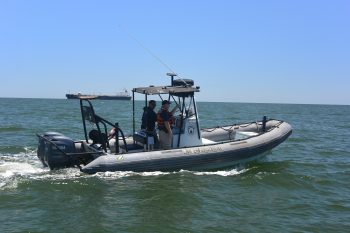 State fishing seasons also provide an opportunity for anglers to poach red snapper in federal waters. A shortage of enforcement agents makes it very unlikely that they will be seen slipping over the state/federal boundary; while a few of them do get caught, the penalties imposed are relatively light.

Recreational overharvest grew so bad that a group of commercial fishermen sued NMFS in 2014, demanding that the agency hold anglers accountable for their excess landings. The judge in that case, Guindon v. Pritzker, ultimately ordered the agency to hold the recreational sector accountable for its overfishing.

But long before the judge handed down her ruling, people close to the red snapper issue realized that traditional means of regulating landings—bag limits, size limits and seasons—would not be enough to end recreational excesses.

“Issue individual non-reusable tags for red snapper that would account for the [Total Allowable Catch],”

“Place all of [the] tags, perhaps clumped into variable units of 10 to 100, up for public auction every year. Let anyone who so desires to place their best bid and distribute to the highest bidders…”

Each tag would entitle the holder to land one red snapper, and there were no restrictions on what could be done with the tags or the fish. According to the CCA paper,

“Those who buy tags can use them any way they desire—take the fish home and eat it, give them as Christmas presents, sell them, take their fish to a market and sell them.”

Needless to say, anyone who failed to place a high enough bid would be locked out of the fishery for that year.

The proposal was not well-received by some in the angling community, and quickly faded into obscurity. 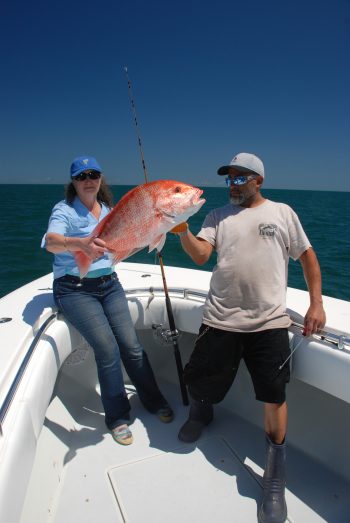 CCA and other “anglers’ rights” organizations then began trying to strip federal managers of their authority to regulate red snapper, and hand that authority over to the states, which wouldn’t have to abide by the conservation and stock rebuilding requirements imposed by federal law.

Others worked within the federal system to expand public access to red snapper, without threatening the recovery of the stock. They came up with an entirely new concept, which blends aspects of both recreational and commercial fishing.

The so-called “catch share experience” superficially resemble a traditional charger boat trip. Anglers go out with a licensed captain, and catch their snapper on rod and reel. However, they don’t pay the captain for taking them out, and they can’t take any of the fish that they catch home. Such fish don’t count against the recreational quota, and recreational rules do not apply.

Instead, all fish caught count against the commercial quota. The anglers fish as unpaid crew, pursuant to commercial regulations, and all fish landed are sold to a fish dealer at the end of the day. Anglers may purchase some of the fish from the fish dealer if they so choose. The boat must have a limited-entry reef fish permit, and the operator must have purchased or leased commercial red snapper quota before going out on a trip.

Before leaving the dock, the boat must call in to NMFS, as required by law, to let them know that it was making a commercial red snapper trip. From that moment until the boat returns to the dock, its location is continually tracked by a satellite-based vessel monitoring system. The boat must notify NMFS before returning, and provide both an estimate of the fish on board and the time and place where they will be landed, so that NMFS could, if it wished, inspect the catch.

Once fishing begins, every red snapper is kept, if of legal size. That can feel wrong to anglers, until they realize that all of the fish are counted against the commercial quota, and that such quota is going to be caught, almost in its entirety, at some point before the year’s end.

However, the practice of keeping all of the fish eliminates a wasteful practice that is reportedly common in the recreational fishery, that of “highgrading,” in which anglers keep their two snapper limit but then keep on fishing, and repeatedly dump smaller, dead snapper overboard as they catch a larger ones to take their place.

Once the fish are brought in and offloaded, the vessel operator must promptly download the day’s landings to a NMFS website, which automatically deducts them from the boat’s catch share quota. NMFS also charges 3% of the value of such landings, to help fund the catch share program.

It seems to be a classic win-win situation.

Anglers can, if they choose, catch red snapper throughout the year accessing part of the commercial quota without affecting the recreational quota at all. They can also take home a reasonable number of fish, at a cost no greater than what they would pay for a traditional charter trip.

The captains offering the trips profit by selling their fish, while; the fish house makes money by selling some of those fish to the anglers, and packing out the rest.

Perhaps most important of all, the red snapper wins because all of the fish caught are counted, and can’t lead to more overfishing.

For that reason, some members of the conservation community applaud catch share trips. There seems to be little or no opposition from commercial fishermen. However, there has been some push-back from the recreational sector.

“It’s the ultimate blurring of the line between recreational and commercial. Under this scenario, that distinction doesn’t exist as it all just deteriorates down to who owns the fish, and it isn’t the public anymore.”

It’s a curious comment coming from an organization that once suggested that NMFS auction off the right to catch snapper to the highest bidder.
Both Venker and Bob Zales, who operates a Florida-based charter boat, express concern that the catch share trips will lead to for-hire vessels purchasing catch shares from the commercial sector, and such purchases leading to catch shares for charter boats at some point down the road.

What neither explains is why making more fish available to the recreational sector, through a process that would match willing buyers with willing sellers, would be a bad thing, when those fish would otherwise remain completely outside anglers’ reach.

There is little doubt that catch share experience trips will generate additional debate in the future, but there should be no doubt at all that, right now, they allow anglers to access red snapper that they had no access to before.

There should also be little doubt that catch share experience trips are just one example of what can happen when bright and creative people try to work within the federal management system to make things better, instead of just trying to tear the system down.

5 comments on “Red Snapper: Fishing Outside The Box”