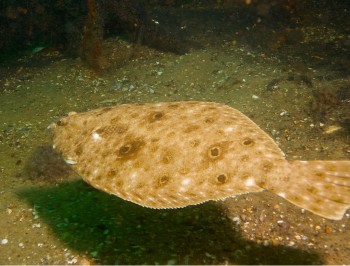 Summer flounder are managed by the National Marine Fisheries Service (NMFS), acting pursuant to the Magnuson-Stevens Fishery Conservation and Management Act (Magnuson-Stevens), while in federal waters; elsewhere, they are managed by the states, acting jointly through the Atlantic States Marine Fisheries Commission (ASMFC), which complies with the federal catch limits. Less than thirty years ago, summer flounder abundance was at the lowest level ever recorded, but the population has been rebuilt since then, and remains at healthy levels today.

Southern flounder are managed solely by the individual states where they swim, with no coordination between jurisdictions. Magnuson-Stevens does not apply. Thus, there is no mechanism to manage and rebuild southern flounder throughout its range, nor any means to legally assure that needed management measures are taken. The population has been declining for over a decade, particularly in the waters of North Carolina.

North Carolina dominates the commercial southern flounder fishery. According to NMFS’ commercial fisheries database, it was responsible for nearly 100% of commercial landings since 2004. NMFS reports that recreational landings are not as concentrated. North Carolina traditionally had the largest harvest, but Florida also has significant landings and, in three of the past five years, harvested more southern flounder than any other south Atlantic state.

Decreasing landings have led North Carolina to consider measures to conserve and rebuild southern flounder in its waters. In 2010, the state noted that

“North Carolina’s southern flounder stock is listed as depleted, based on the 2009 stock assessment that determined that the stock is still overfished and overfishing is still occurring. An improvement in the spawning stock biomass and age class expansion occurred since the 2005 fishery management plan was implemented, but further harvest reductions are necessary to rebuild the stock.”

As a result of that assessment, North Carolina announced that

“[m]anagement measures to achieve a sustainable harvest of southern flounder by ending overfishing and rebuilding the spawning stock by 2015 are the most important issues to be addressed in the management plan amendment.”

Amendments take a long time to put into place. It is now 2015 and the stock has shown little if any improvement. North Carolina commissioned a new stock assessment in 2014; however, that assessment failed peer review, largely because such a single-state assessment did not and could not take adequate account of flounder moving between North Carolina’s waters and the waters of states as far away as Florida.

Had the 2014 stock assessment survived the peer review process, it would have required substantial reductions in southern flounder harvest, and perhaps a complete closure of the fishery. Even without the assessment to support the action, Dr. Louis Daniels, executive director of the North Carolina Division of Marine Fisheries, tried to move forward, saying

“We know we’ve got a problem. Immature fish are being caught…The only way to improve spawning success and likelihood of better recruitment, and (expansion) is not to catch as many fish. The only way to move forward is a reduction in harvest.”

Daniels referred the matter to the state’s Marine Fish Commission, which began preparing a “supplement” to North Carolina’s southern flounder management plan; in August, after receiving substantial public comment, the Commission was supposed to finalize the supplement and begin the rebuilding process.

That was when state politics intervened.

A number of state legislators with commercial fishing constituencies wrote a letter to Donald Van der Vaart, Secretary of the state’s Department of Environment and Natural Resources, which objected to the supplement procedure, arguing that a more detailed, and much more time-consuming, amendment process was required before the harvest reductions, and associated gear restrictions, could be implemented. Van Der Vaart notified the Commission that he agreed with the legislators, and the southern flounder supplement was removed from the agenda of the Commission’s August meeting.

Of course, the legislators want the Commission to use the amendment process, rather than a supplement, in order to delay harvest cuts. As the North Carolina Wildlife Federation noted in its comments supporting the supplement

“Because of the length of North Carolina’s regulatory process, we realize that an Amendment to the current Southern Flounder [Fishery Management Plan] could take as long as five years; longer given potential legal tactics by interest groups who oppose the Amendment outcome…”

Every day that fishermen can delay harvest reductions is another day that they can profit from overfishing the stock. So in state-managed fisheries, where no law such as Magnuson-Stevens prohibits overfishing and sets a hard deadline for rebuilding overfished stocks, fishermen are encouraged to drag out the regulatory process for as long as possible, while enjoying the short-term economic benefits that ensue.

North Carolina is supposed to revisit the southern flounder issue later this month, but given the legislative opposition to meaningful action, and the apparent agency sympathy for the legislators’ position, the outlook for the flounder seems grim.

That would seemingly make southern flounder a good candidate for ASMFC action; after all, flounder migrate between various states’ waters, and overfishing in North Carolina would presumably affect the availability of southern flounder elsewhere on the coast.

ASMFC’s South Atlantic State/Federal Management Board (Board) discussed southern flounder at its February meeting, where

“To address abundance and management concerns moving forward, the Board discussed ways to improve the exchange of data and cooperation between the South Atlantic states of Virginia to Florida to improve interstate management and move toward the development of a regional stock assessment.

However, there is no chance that the authority of ASMFC will be used to coerce North Carolina into taking serious management action, as

“The Board did not move forward with initiating a new ASMFC [Fishery Management Plan].”

Perhaps it’s not surprising that no action was taken, given the makeup of the Board. Tom Campbell, the executive producer and moderator of the political show NC Spin, reported that after the meeting, one of the legislators most opposed to the supplement, Representative Bob Steinburg, was

“caught on tape in the hallway saying the public’s opinion on fisheries issues doesn’t matter. What matters, he asserted, was fairness to the commercial fishing industry.”

The same Representative Steinburg is North Carolina’s legislative appointee to ASMFC, where he serves with the governor’s appointee, W. Douglas Brady, who owned a commercial fishing business for over 25 years.

Other states have similarly interested persons sitting on the Board.

And that’s pretty typical not just for ASMFC, but for state management generally, as people with economic interests in various fisheries, unconstrained by the stock rebuilding mandates of Magnuson-Stevens, control the management process.

That may be why federal managers have rebuilt quite a few stocks in the past 15 years, but ASMFC hasn’t rebuilt even one since 1995. And why the states manage fish more or less in the way that North Carolina manages its southern flounder.