Of all the fish in the Gulf of Mexico, red snapper aren’t the biggest; or the fastest; they’re not quite the brightest (color, not smarts); and not the strongest. But they’re surely the most political. 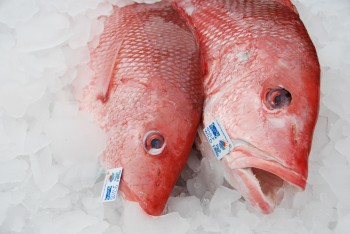 From the perspective of the commercial fishing industry, red snapper management in the Gulf of Mexico is both a great success and an epic failure. On one hand, good management of our commercial fishery (with an accountable individual quota system and comprehensive reporting) is helping bring back this population from near-extinction to some of the highest levels we have seen in our decades on the water. On the other hand, this huge gain is squandered by poor recreational data collection, recreational overharvesting, and all five of the Gulf states ignoring science while they set their recreational fishing seasons in state waters at unsustainable levels.

In other words, thanks to good conservation and a strong federal fishery law (the Magnuson-Stevens Act), we have a fish stock that’s rebuilding and getting healthier by the year. Unfortunately, the lack of a management plan for private recreational anglers (along with a heavy dose of politics) is driving our regional fishery managers to set a dangerous precedent for hurting commercial fishermen while pretending to help recreational fishermen.

The Gulf of Mexico Fishery Management Council is considering a proposal that would reallocate red snapper allocation from the commercial sector (and the seafood suppliers that deliver it to consumers like you) and shift it over to the recreational sector. They’re doing this because recreational fishing seasons have gotten shorter and shorter over the last few years — in 2014, private recreational fishermen were only allowed 10 days to fish for red snapper in federal water.

Why is this happening? The five Gulf states, taking an opportunity to fly the flag of “states rights,” have stepped in, ignored the best available science, and set their state waters seasons much longer than the federal season — in the case of Texas, state managers set a 365-day season in state waters — more than 10 times longer than what is considered sustainable. Thanks to the failure of federal management to constrain state noncompliance by federal law, the recreational sector has gone over its sustainable quota 21 of the last 23 years between 1991 and 2013, catching 18 million pounds of red snapper more than they were allowed. That’s over 21 million servings of red snapper that American seafood consumers lost out on, and $35 million in foregone revenue to the commercial fleet.1

The Gulf states are now leading the charge with the Gulf Council to “solve” this problem by shifting more allocation to the recreational sector. The problem is — that allocation needs to come from somewhere, so they’re planning on taking it from commercial fishermen. And here’s why that’s a bad idea for fishermen and fish in the Gulf:

From a conservation perspective:

From a management perspective:

From an economic perspective:

From a social perspective:

Hurting commercial fishermen is not the way to help recreational fishermen. Whether you’re a red snapper fisherman in the Gulf, a halibut fisherman in Alaska or a cod fisherman in New England, reallocation is bad for business. Commercial fishermen deserve stability in their fishery, just as consumers deserve the opportunity for stable access to sustainably-harvested red snapper. And furthermore, private recreational anglers deserve real solutions that promote their access to this fishery in a sustainable manner.

Help support your commercial fishermen by visiting this link and telling the Gulf Council that I support Alternative 1 (Status Quo) because reallocation is not the solution.

And while you’re at it, tell the Gulf Council that politics and fish don’t mix.

Eric Brazer grew up on a fishing boat off the coast of Maine and now runs the Gulf of Mexico Reef Fish Shareholders' Alliance, an organization of conservation-minded commercial reef fish fishermen in the Gulf.
View all posts by Eric Brazer →